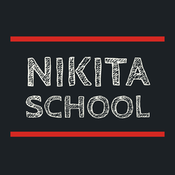 Some history
From its pillar box red, cast iron exterior and domed roof to its crown insignia and paneled windows, the red British telephone booth is a universally recognized icon.
Giles Gilbert Scott's famous design was first introduced following a competition in 1924, with variations appearing across the country, from London street corners to remote villages.
More than 90 years later, the phone box is a popular backdrop for thousands of selfies, but thanks to the ubiquity of smartphones, these British classics are becoming obsolete.

Though the phone boxes may not have been used by millennials, they've long been a part of pop culture in the UK, having been immortalized on the back cover of David Bowie's "The Rise and Fall of Ziggy Stardust and the Spiders from Mars" album.
Nigel Linge, Professor of Telecommunications at the University of Salford and author of The British Phoneboxsuggests it's all about the aesthetic.
Giles Gilbert Scott brought a design which captured people's imagination, he says.
«It was so different, it just looked dramatic on the street, in terms of how it appeared, with the windows, the domed roof, the red color."

Our story
Hello, everybody! We are Nikita and Polina from Moscow. Although we live in Russia, we are big fans of England. We have all LEGO sets associated with the country, the Beatles' one as well. The only thing that we were always in need of was one of the prominent symbols of England – the Red Phone Booth. We do hope that you will enjoy our rendering of this amazing and legendary art-object and it will become a new set and a successful part of the history of Lego.

Please! Support us!
Thank you! You are the best!