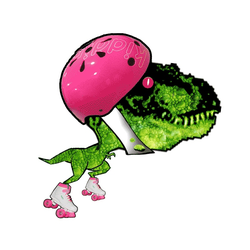 A black hole is a mathematically defined region of spacetime exhibiting such a strong gravitational pull that no particle or electromagnetic radiation can escape from it.

Lego black hole isn´t black and isn´t a hole. It´s a conceptual mortal form and only the greatest builders can afford it.

Are you one of them?

This set is composed by a lego black hole and a frightened spaceman. With some stars in the space floor.

Supporting in the void...