By pittstop
2 comments
In a land of myth in a time of invention armoured machines have risen to fight. This is Operation: Steam Knights. A fusion of magic, steam punk and medieval knights.

Created using the darkest of magic this monstrous creation is out to destroy the Steam Knights. 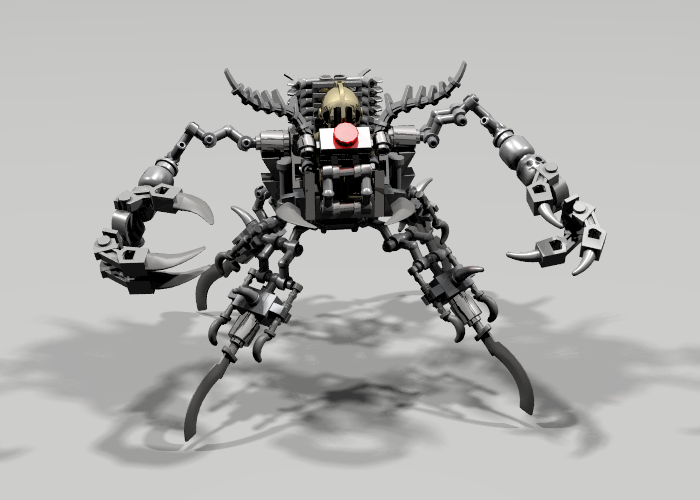 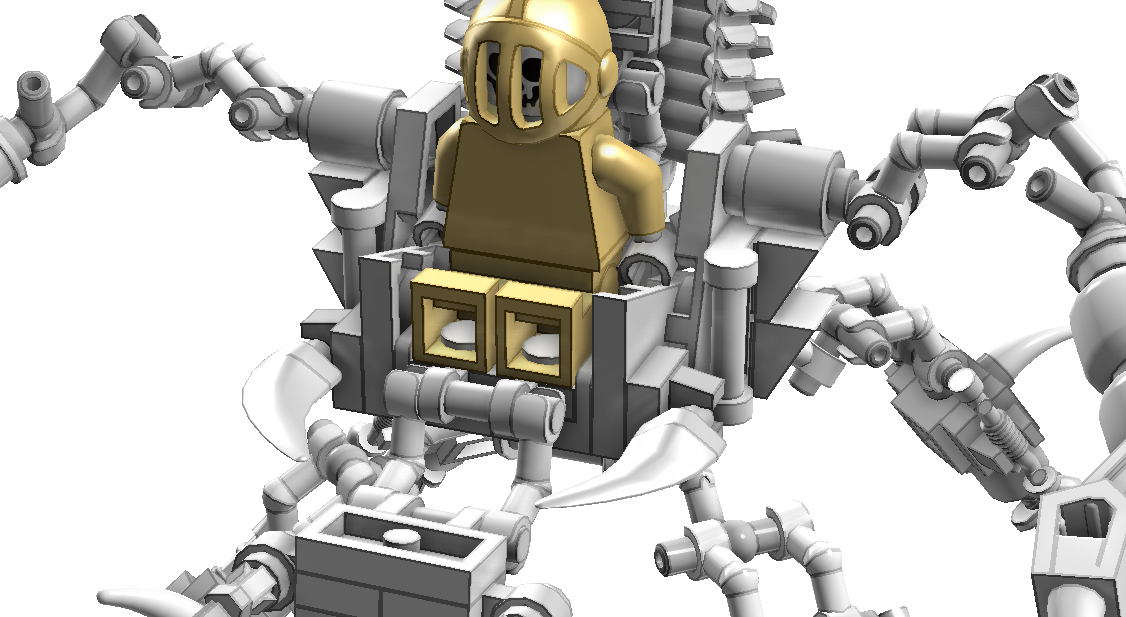 Close up detail of hatch open. 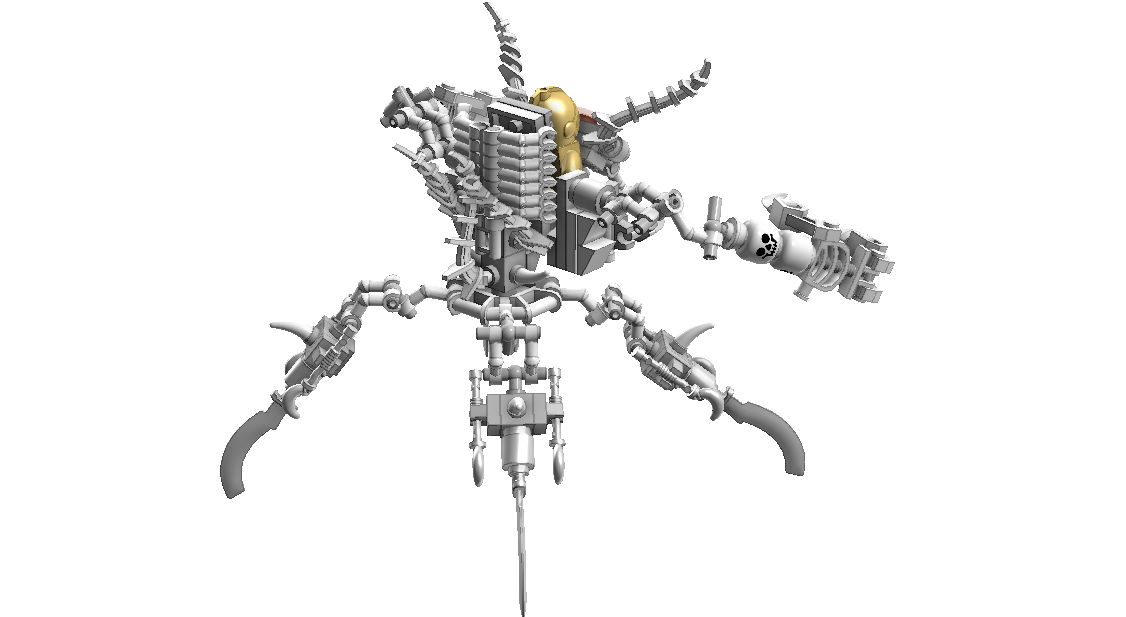 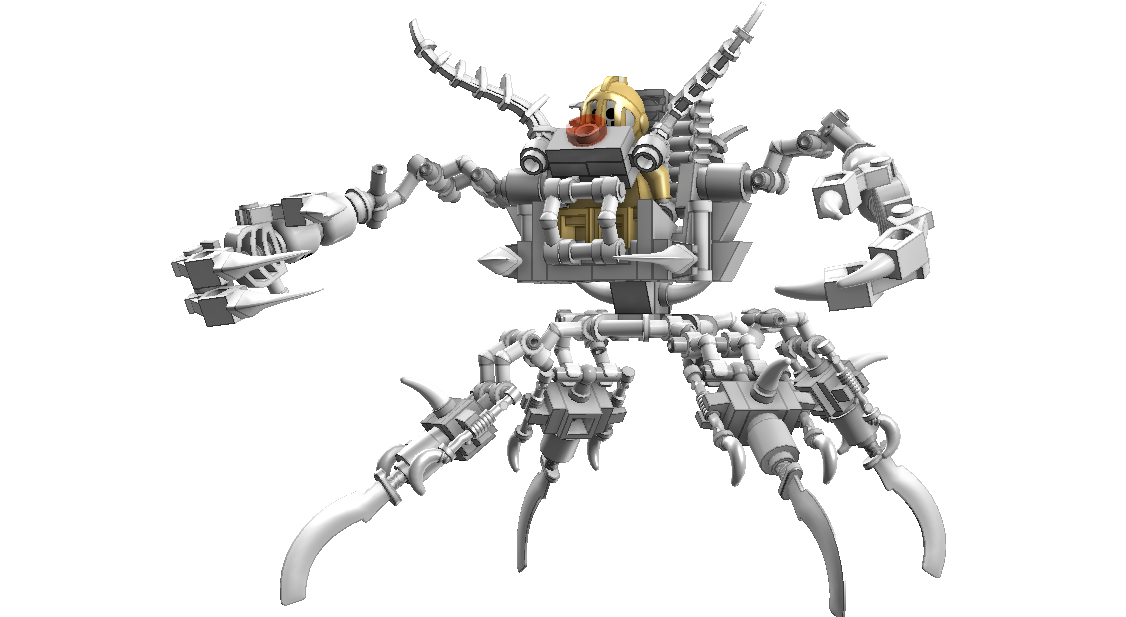 Note various weapons and skeleton parts form the main body, these can be detached to make multiple alternate mecha designs.

The idea was to create something with a completely inhuman silhouette, which the vaguely spider/crab like body achieves particularly well. I had originally intended to make a much clearer distinction between the asymmetrical limbs, but felt in the end the huge claws versus the taloned arm was sufficient. An updated versions exists (I may post as an update here later depending on whether there is any interest) which is much more symmetrical.