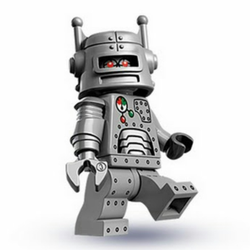 This is a model in the style of the Lego Architecture series of Buckingham Palace in London. I chose to make quite a large model (1000 approx parts) as I felt it would be difficult to accurately represent the real building in a smaller scale. I made the front balcony red as it adds some colour to the model, and when the Queen or other royals appear there is usually some red decoration draped over the balcony. The 4 dark blue blocks on the front represent the famous guard boxes. The rear of the building is similar to the front, but there are a few small differences which I have attempted to show. I used photos of the real building and of the Windsor Legoland model as reference.