The Once Upon A Time Project: Clock Tower 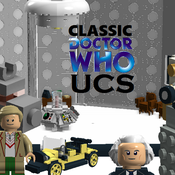 Once upon a time all the fairy tale characters found their way in a terrible world without any memories of their past . . . our world. This is how it happened . . .

It all started when Regina was young and fell in love with a stable boy but ended up saving Snow White from a stampeding horse. When Snow's father, the king, heard about it he wanted to marry Regina but Snow realized Regina wanted to run away with the stable boy and accidently told Regina's mother, Cora. Cora wanted Regina to marry the king so that they could live in a castle so she got rid of the stable boy and since then Regina's grudge against Snow has only grown. Snow lived out in the woods for a while where she met Prince James and was pursued by the huntsman the evil queen sent after her. He did not prove useful for the queen so she gave Snow a poisonous apple unaware of Prince James love for her. When he woke her from her sleeping curse they got married and angered the evil queen even more so she cast a spell on the Enchanted Forest and sent everyone to Storybrook, Maine, away from their home and their memories.

I decided to make something based on abc's popular show. I chose the iconic clock tower because it's . . . well, iconic. But Mr. Gold's pawn shop is also popular and that lead me to the choice of combining four of Storybrooks popular buildings and putting them inside the clock tower.

On the top left is the sheriff's office where Graham and Emma work and Mary Margaret is in prison. Next to that is Regina's secret hide out with the boxes and chests of various magic items, the drawers of hearts and her secret room which has a table set for a lonely meal. Under that is the library where Belle can study away from the wild drama outside. There are plenty of books and a few computers that are probably not operational any more. The last department is on the bottom left and is Mr. Gold's pawn shop where David is yelling at Gold for some reason.

This set would come with:

Wicked Witch of the West (Both versions)

The set would be between 100 and 200 dollars and would be for teenagers and adults. It's medium to build and people would probably only buy 1 model total.

Thanks or reading. I hope you will support it!