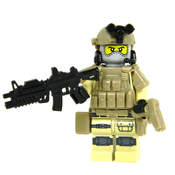 This would be a great set for those who like train sets and a bit of a challenge in building. It took a period of approximately 4 weeks to build on LDD (Lego Digital Designer) and has approximately 1050 bricks. I built this set mostly for the fun of it but also because I saw a lack of detailed train stations. I built it with so that it has most of the essentials of a normal train station. It is also my second build that I have done and a bit of a step up from other sets I have done.