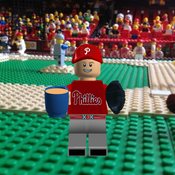 So apparently it won't let me take it down (I have tried to) I guess you can only delete projects that aren't approved for supporters! So just don't support this project anymore. Now if you do know how to delete a project getting support please tell me and I will finish this one off. Thank you,

I regret and hate to say this but due to both lack of support and with Lego already releasing Scooby-Doo sets this year, I'm going to be taking this project down in just 2 short days. My mission was for Lego to make a Scooby-Doo theme, and seeing as that's finally happening...I have no reason to keep this set up. Also they're making a set similar to mine so in my mined I can think they just updated my set! I would aslo like to apologize to all the supporters of this set. Even though this project will be deleted an improved version of my set is being released (I just don't get credit) so I think everyone wins here. You can try to support it in these next few days but nothing (Other than 1,000 supporters lol) will change my mind.

I thought in needed a scrappy 3 variants for Fred and a new monster a squid,snake, and bat combo.