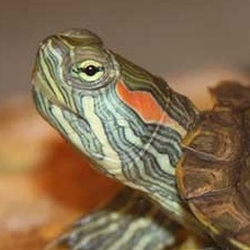 An unknown machine is active:

"'Sleepwalker' is the nickname for this human-like figure that has be observed floating far off from the base during some mornings. A rough picture to the machines form was generated by the Perimeter Defense Camera (Images 1 and 2), but right now the functions of this machine can only be guessed at. The head is modeled like a radar of some sort, presumably allowing glimpses of the outside world to whatever controls the machine; this head rotates coolly, often continuously pointing east regardless of the parent body's direction. A lengthy and oddly- shaped arm is on either side, always extended straight out, and sometimes tilting in sync with the rotation of the machine. A capture of the machine in the infrared detector (Image 3) shows a relatively cold exhaust generated from the hands, they likely a thrust that keeps the machine aloft. The legs are bent at odd angles, and almost modeled like some sort of weapon; they move from time to time, though not collectively as if each leg had it's own consciousness. While multiple observations have been made of this machine visually, more up close observations of this machine will be necessary to determine if it will be a threat to the operation."

This makes a worthy build:

The Sleepwalker is an original design with an accompanying backstory. Builders can appreciate one (or more) of three different aspects of the final form: Tactile-focused builders will enjoy manipulating the small number of moving parts the finished model has to role-play the operation of this machine. Concurrently, Visually-interested builders will be impressed by the model's imposing black color scheme and Anti-Anthropomorphic layout of functional elements. Meanwhile, Narrative appreciative builders will be intrigued by the concept of The Sleepwalker and the glimpse of the universe it inhabits. Builders can find appeal in different aspects of the final model.

Model images are from Mecabricks.com