By therealindy
14 comments
"CIVILIZATIONS AND EMPIRES" LEVEL 3: RAMESSES THE GREAT FORGES THE ALLIANCE

The Mediterranean Sea hides a secret. Deep beneath the waves, a terror lurks, and time is running out. Guided by Isis and Anubis, Cleopatra must sail up the Nile to the land of Nubia, call upon the alliance with their King, and bring their troops to the Delta in the North, to join forces with King Ramesses the Great as he prepares for an epic clash! 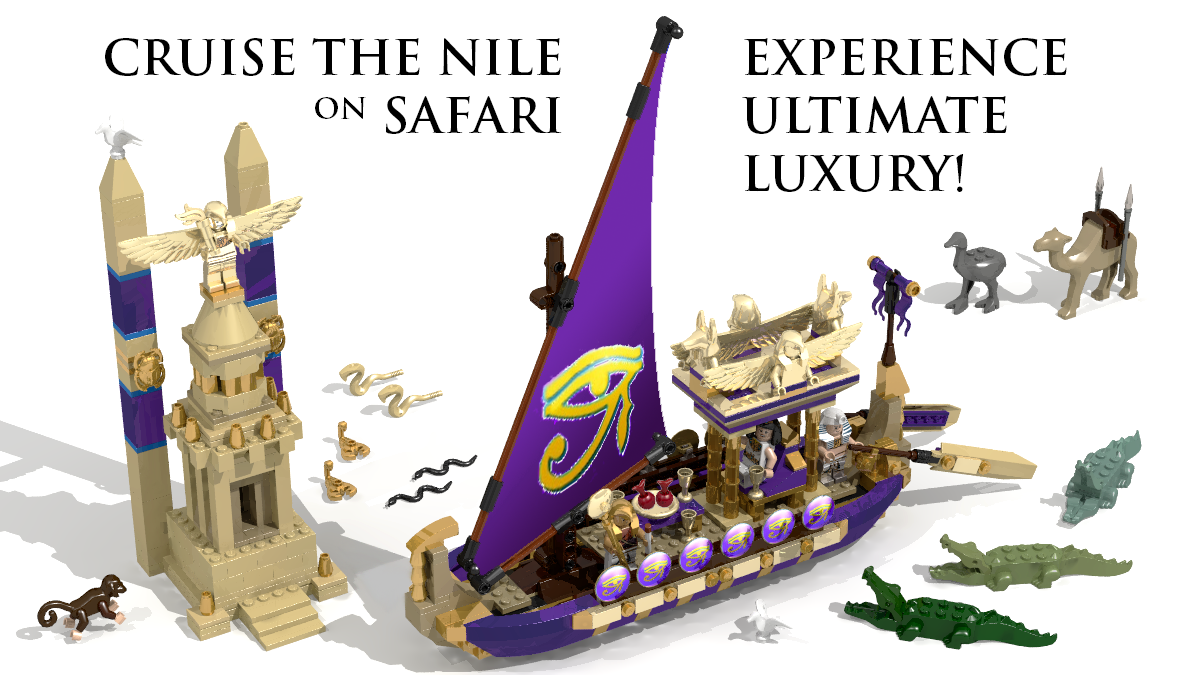 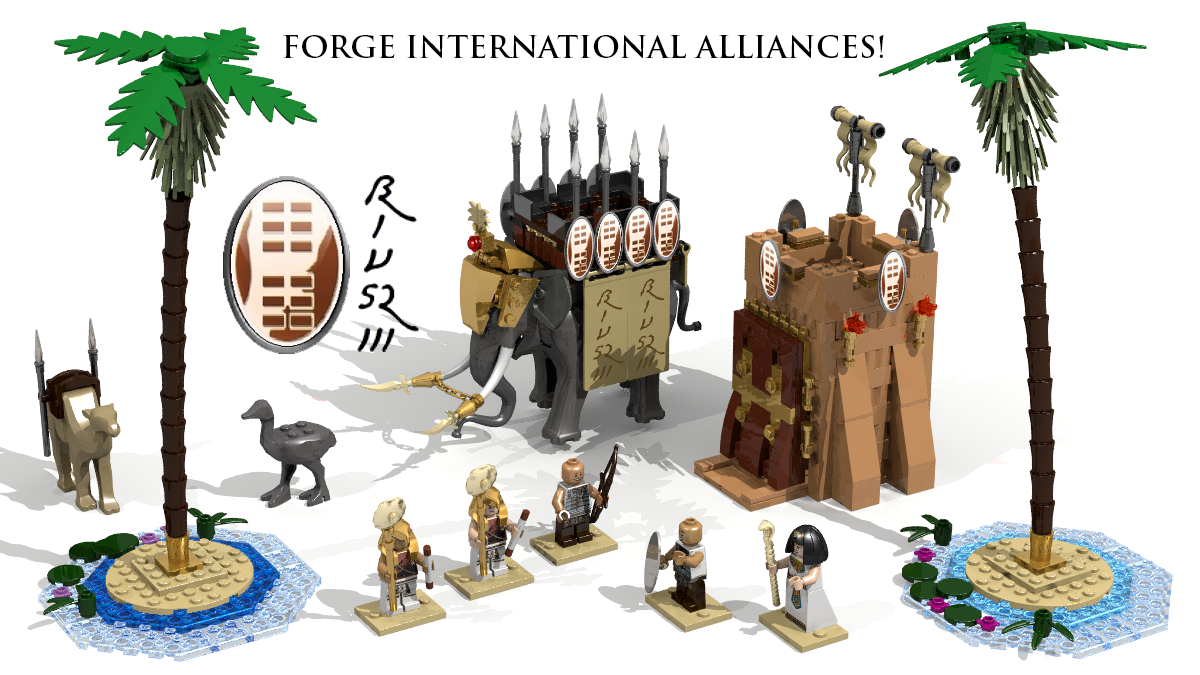 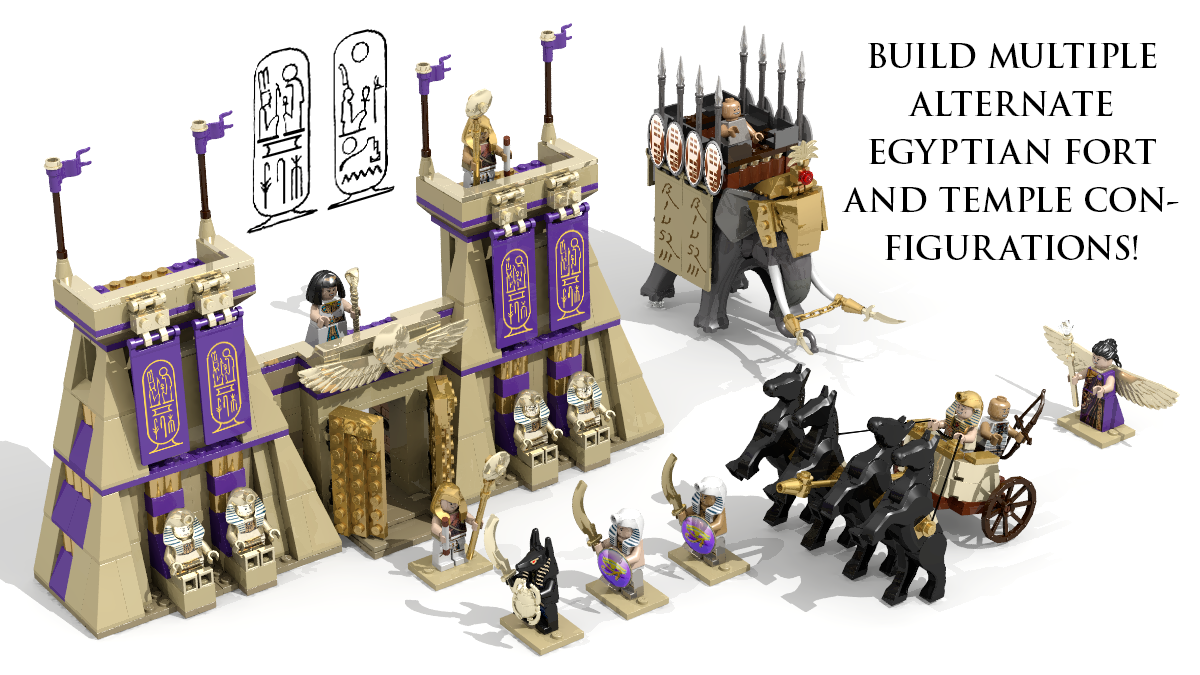 Rally the international forces to the Delta... The men must be ready to face a monster! 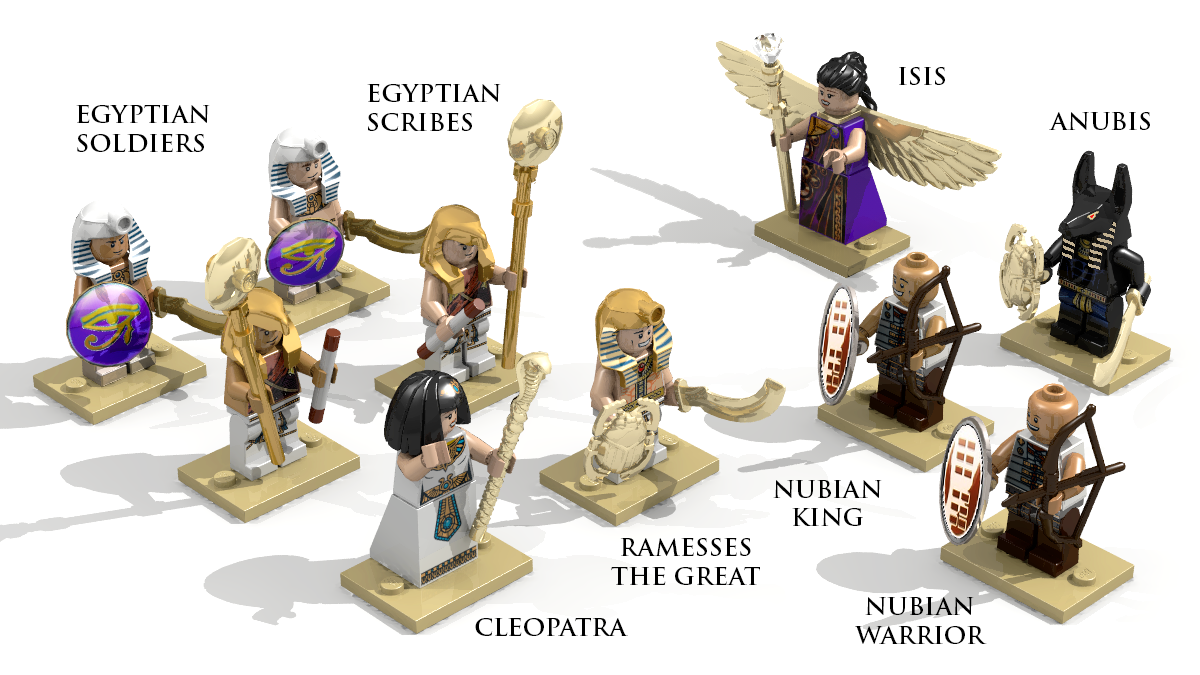 Finally, a real Egypt set with real live Egyptians, and real Nubians too! A chance to tell authentic mythology, and break free from the "Archaeologists-as-Tomb-Raiders-versus-Mummies" trap! Lego loves to do an Egyptian set at least every four or five years, so by the time a couple more years go by, it will be time for us to revisit the Nile in lavish style!

As soon as you have done that, you are ready to continue your journey onward to Civilizations and Empires, Level 4: Nebuchadnezzar Joins Forces at Babylon...

This design comes with enough extra shields to equip 16 Egyptian auxiliaries, plus 8 Nubian or African troops with their iconic and accurate Zulu-style shields. We definitely need more Africans in Legoland.

Isis is the Egyptian goddess of the Nile, agricultural fertility, love and marriage, and so she is the close equivalent of the Greco-Roman goddess named Demeter, who was one of the most important twelve gods who dwelled on Mount Olympus.

Anubis is the Egyptian god who led departed souls on their journey into the Mythological Underworld. Despite his seemingly frightening appearance as a jackal, he was seen as a trustworthy and benevolent guide for those whose souls were pure and true.