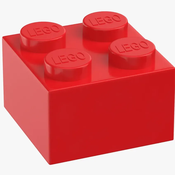 Unrailed! — a multiplayer game in which you have to build a railway in an endless procedurally generated world. You will have to work together, improve the cars, make sure that the train does not derail, and be ready for anything!
Collect resources and pave the way for your train to move along the railway and never stop. But remember: the number of construction tools is limited! This means that in order for your journey to last as long as possible, you need to carefully coordinate the actions of the entire team.
This set shows you a miniature world that exactly repeats the game map and the events on it. You can see the train leaving the station and the team that is mining resources and laying the railway.
The set exactly demonstrates the game functionality. The train consists of unique wagons, each of which performs its own role. In the railway team, each person is also unique.
Someone is mining resources, and someone is scooping water for the train and laying railway tracks!
The set includes:
A railway team consisting of four members:
A train with unique carriages:
A miniature map showing the gameplay.
This idea should really appeal to fans of arcade games, collectors of miniature buildings and fans of sets on game themes!