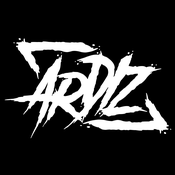 By ARDIZ
10 comments
So, what exactly is it?
This is the Wasco Union High School Auditorium, located in Wasco, California. The Auditorium is a Renaissance Revival style building designed by late architect Ernest J. Kump, who was known for designing the U.S. Embassy in Seoul, Korea. Construction of the Auditorium was completed in 1929, and the building was later added to the National Register of Historic Places in 1997.
Why did I decide to build it?
The style of architecture stands out in Wasco, which consists mostly of Spanish style architecture. I decided to build the Auditorium as both a challenge to myself, and as a way to honor both the high school I graduated from, and the town I was raised in. The model sits at 903 total pieces, including printed pieces.
So, why would this make a great set?
Not only does this building have a lot of history to it, but it could potentially open the door for Architecture sets of lesser known buildings and landmarks. There are so many more wonderful buildings and landmarks out there that could be given the LEGO treatment, but haven't quite had that opportunity yet.