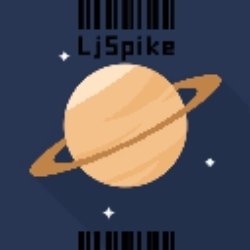 I myself have 1 Lego board game (which utilizes a dice), but after a while it becomes a bit repetitive. My idea was to have a Lego game which requires a bit of strategy and skill from either player, which games such as chess require. I believe it'd as a result be suitable for slightly older players (between 10 and 16 years). The game itself is a spin on the classic game of "Battleships" but rather than being a case of guessing where the opponent is, and striking down your foe with some mysterious force, you move your own ships mid-game into a place, where you can defeat your opponent. Each ship has health (marked by the hearts fitting into the blocks beside the ship), a movement range, and an attack range.

The grey and yellow rod you can see in the scene coming from one of the small boats is the 'Ranging Tool' which you actually have to build yourself! It consists of 3 smooth pieces (of varying shades of yellow) a small tube, and 2 thin grey pieces. You attach it onto the single stud of the ship, and rotate it in the direction you want to attack or move. The shades of yellow mark some generic distances from the ship, saving you time which you would have to spend calculating with some complicated maths for how far you were moving.

In the game there are a total of 8 ships (4 per side), of 3 different types. The battleship, the cruiser and the patrol boat (the large ship, medium one, and smallest one respectively). Each side has 2 patrol boats.

Each player takes turns in this game (the first person to go could be decided by a coin toss or similar method) and they can move 2 ships each turn, and attack twice each turn. They cannot however move onto an island (which are made from varying shades of green). The islands can change per game, as are made from simple thin pieces of Lego (and could be added to with parts people have in their collections already). They can also only attack an enemy ship, and not their own ships, the ocean or any of the islands. Players wouldn't have to attack at all but would have to perform both movements (a bit like in chess how you must move, but you don't need to take a piece).

The set is quite extensible as it is made from 2 simple 16 x 32 plates, and a few simple islands, purchasing multiple copies could allow for larger games (or if the colours below the ships were replaced, which would be easy to have included as spare parts, games could have more players). It could also be expanded by parts which people might already have, as the only unusual piece in the set is the hearts, all the other parts of fairly common.

It is my first submission, so I'd love to hear any suggestions or improvements to the set (although it may take some hours before I update the project after seeing any comments, as it takes a while to perform the renders).