By Vintage Bricks
1 comment
The War for Rome is a series of sets based on roman warfare and daily life. In the set above, a group of German barbarians is attacking the Roman fort guarding the borders. The set is fully modular and can be combined into a wall formation. The archer tower is loose and can be placed anywhere in the fort. The set comes with three German Barbarians with a catapult, a legatus, three Roman foot-soldiers, and three Roman archers. Two or more sets can be combined to form the ultimate fortress! Another picture below. More sets coming very soon including:

If you liked this, also check out the project War for Rome. Thanks for supporting! 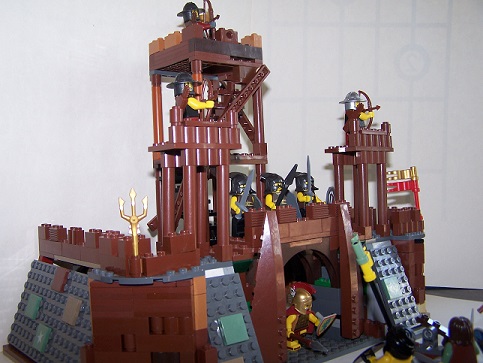 Another view of the fort. 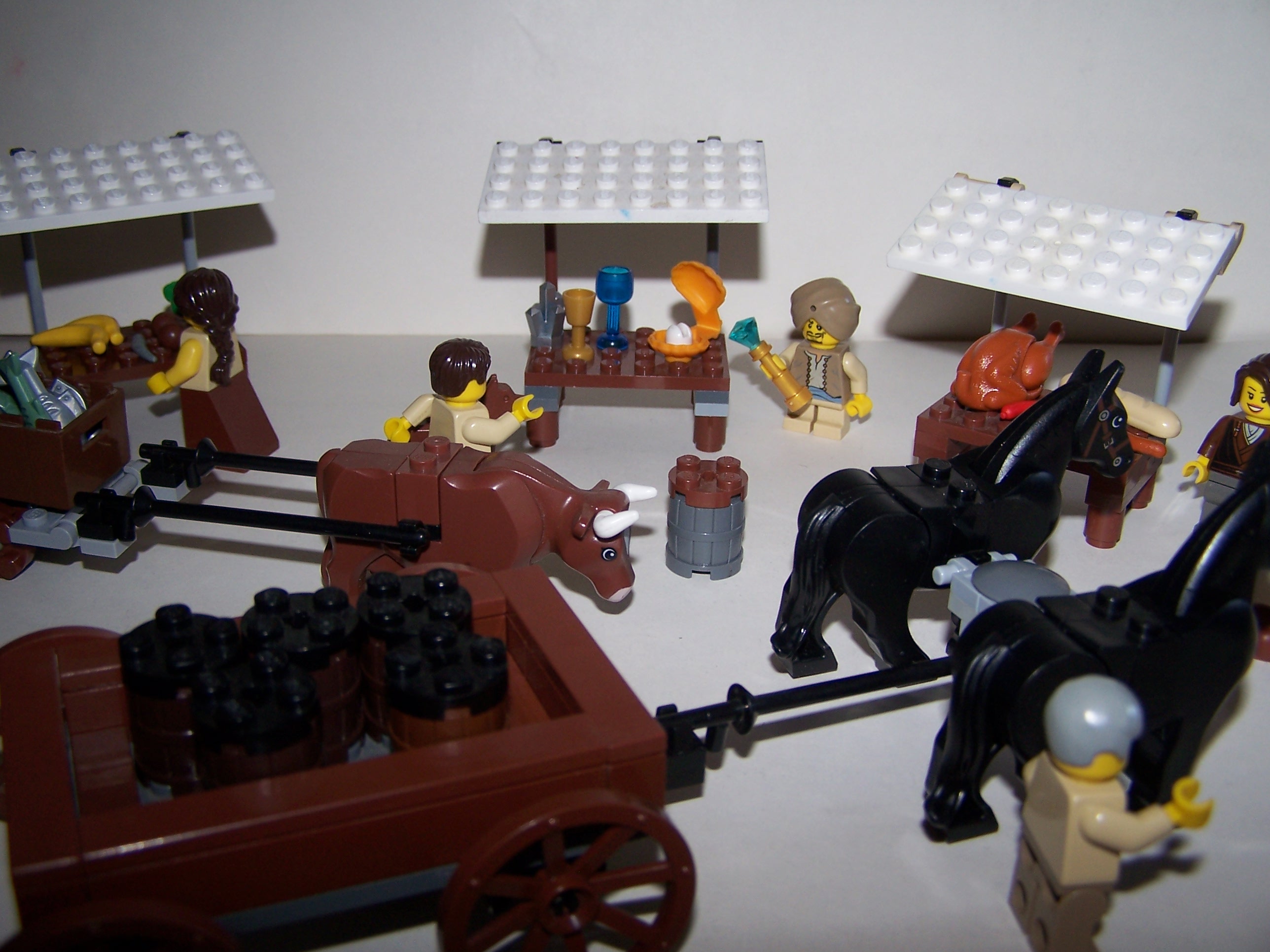 The Roman Market street. The busy market street was an important part of daily Roman life. Here, we have three shops, a fish cart, and a horse cart carrying barrels of wine. The set comes with 5 minifigs, a dog, two horses, a bull, and a mouse. 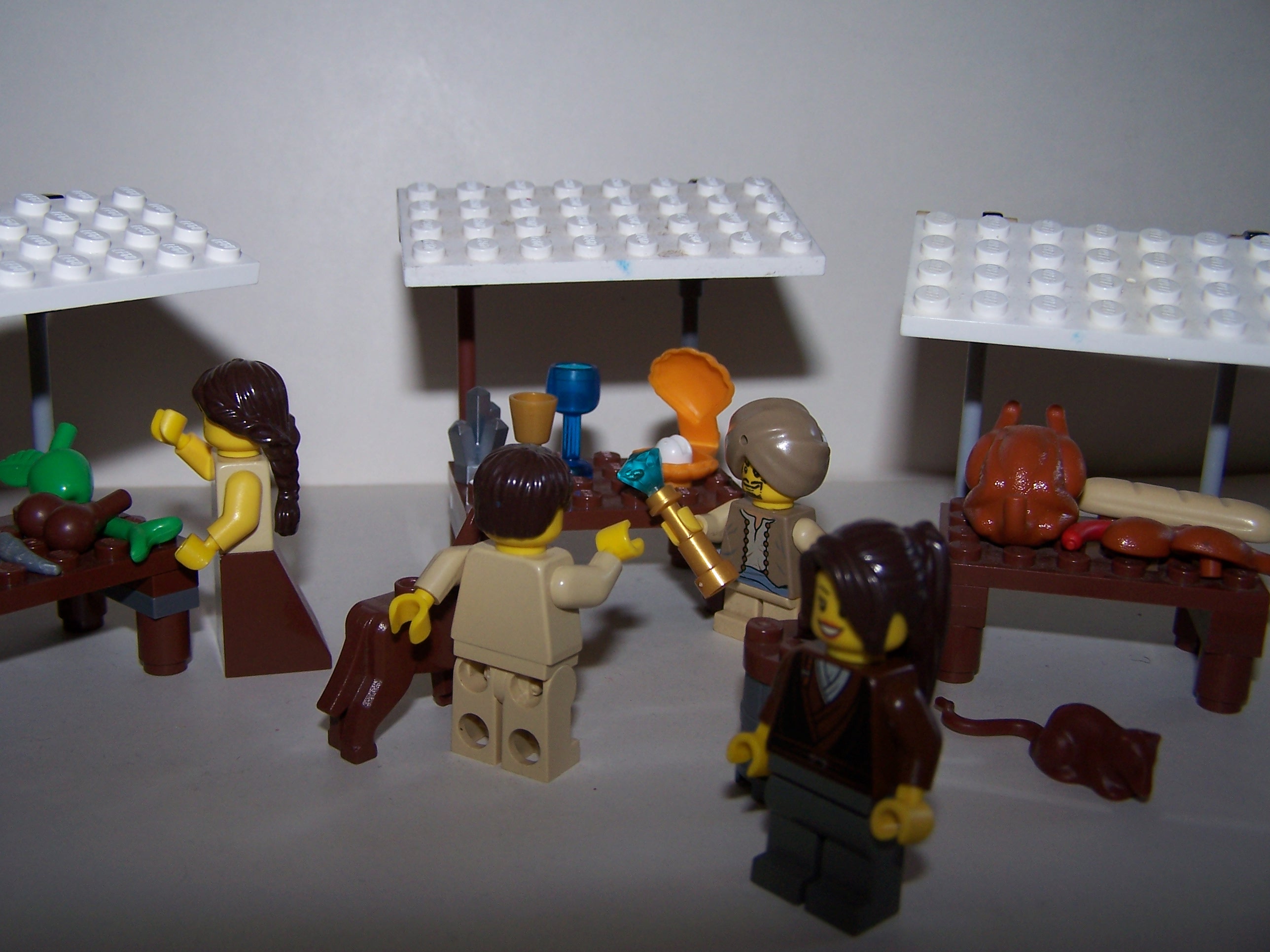 Booths, from left to right:
1. Produce booth, with apple, figs, and bananas
2. Oriental treasures booth. Includes clam with pearl, silver ornament, and small staff.
3. Meat booth. Has a raw chicken, a loaf of bread, and two drumsticks.
The shop has lots going on for sure!
The pricepoint of this set would be about 30 dollars. 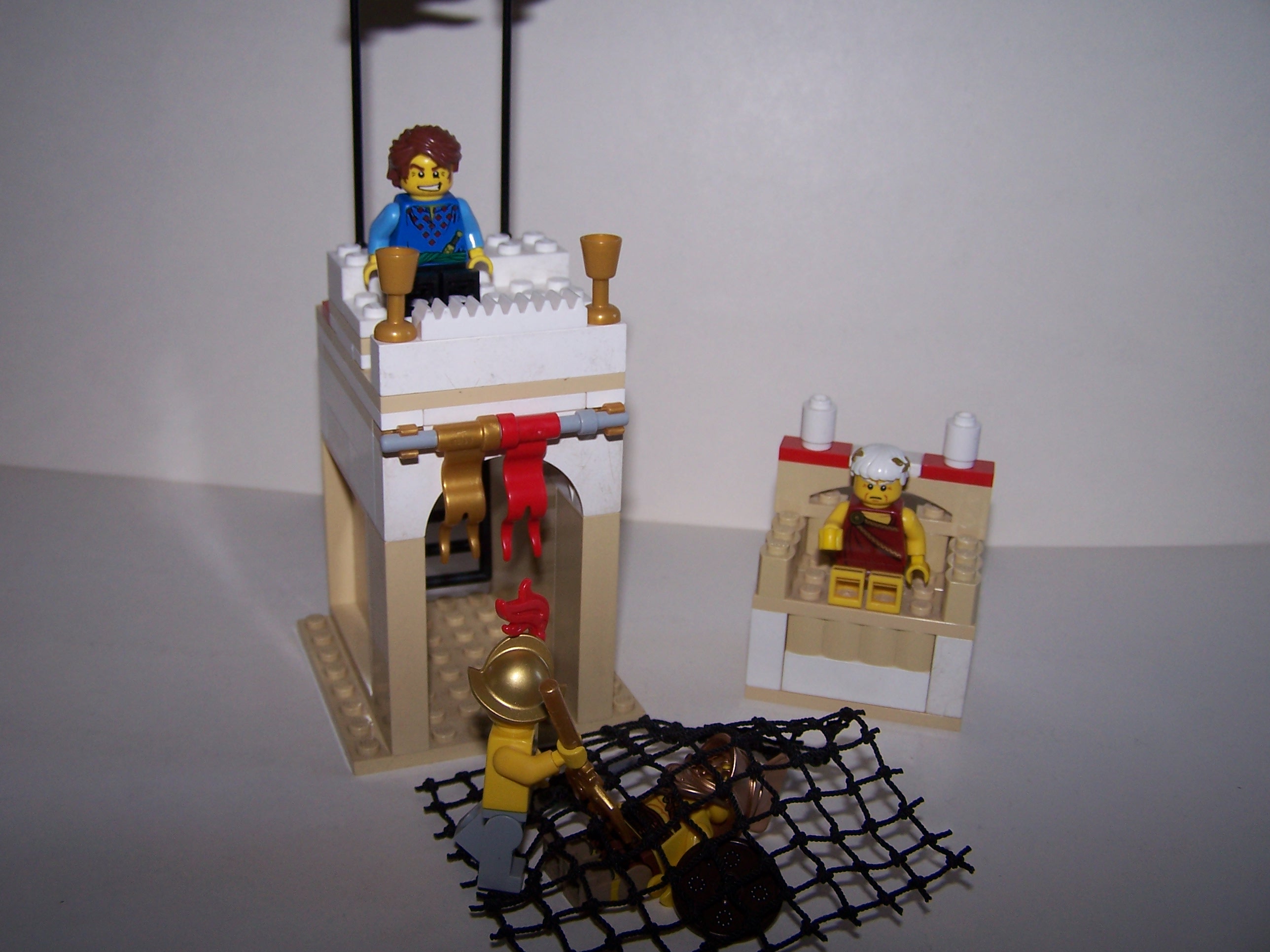 The updated gladiator fight. Includes the Emperor, a spectator, and two gladiators. Ideally, the set would include a bear to come in through the gate. Two or more of these sets could be combined with only minimal modifications. Also, the throne and the spectator seats can be switched out easily.

Well, thanks for checking out the new models. I am always up for requests!
Coming soon: