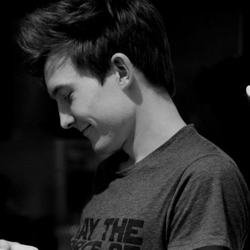 Welcome to Sherlock's Flat in 221b Baker Street, London from the BBC's show Sherlock.
Apart from renditions of Dr. John Watson, Sherlock and Mycroft Holmes, this set features :

The idea for the set came to me while watching an episode of the show. I realised that, similarly to previous LEGO sets, Sherlock's flat is an iconic part of the show, so I wanted to see if I could create a proper rendition of it. At first, I had only designed it for my own entertainment, but after rendering it with BlueRender, I was pretty convinced that this is something not only I could get behind.
Then I found the LEGO Ideas site, and thought that not only other fans of the show like me, but even simply LEGO collectors would enjoy seeing this 221b Baker Street come to life.