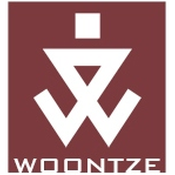 "Oh, it has a long uninteresting Wayne Enterprises designation. I just took to calling it the Bat. And yes, Mr. Wayne, it does come in black." - Lucius Fox

This is my rendition of The Bat, reproduce with lego bricks in 2 seaters minifig scale and to stay as close to the movie design as best I can.

This is by far the hardest to build among all 3 Dark Knight vehicles due to its front heavy structure and angular design, not to mention overly complicated flaps and rudders system. After much trial and error, I am very pleased as how it turns out and hope you like it too.

If you like what you see here, don't forget to check out my other projects: 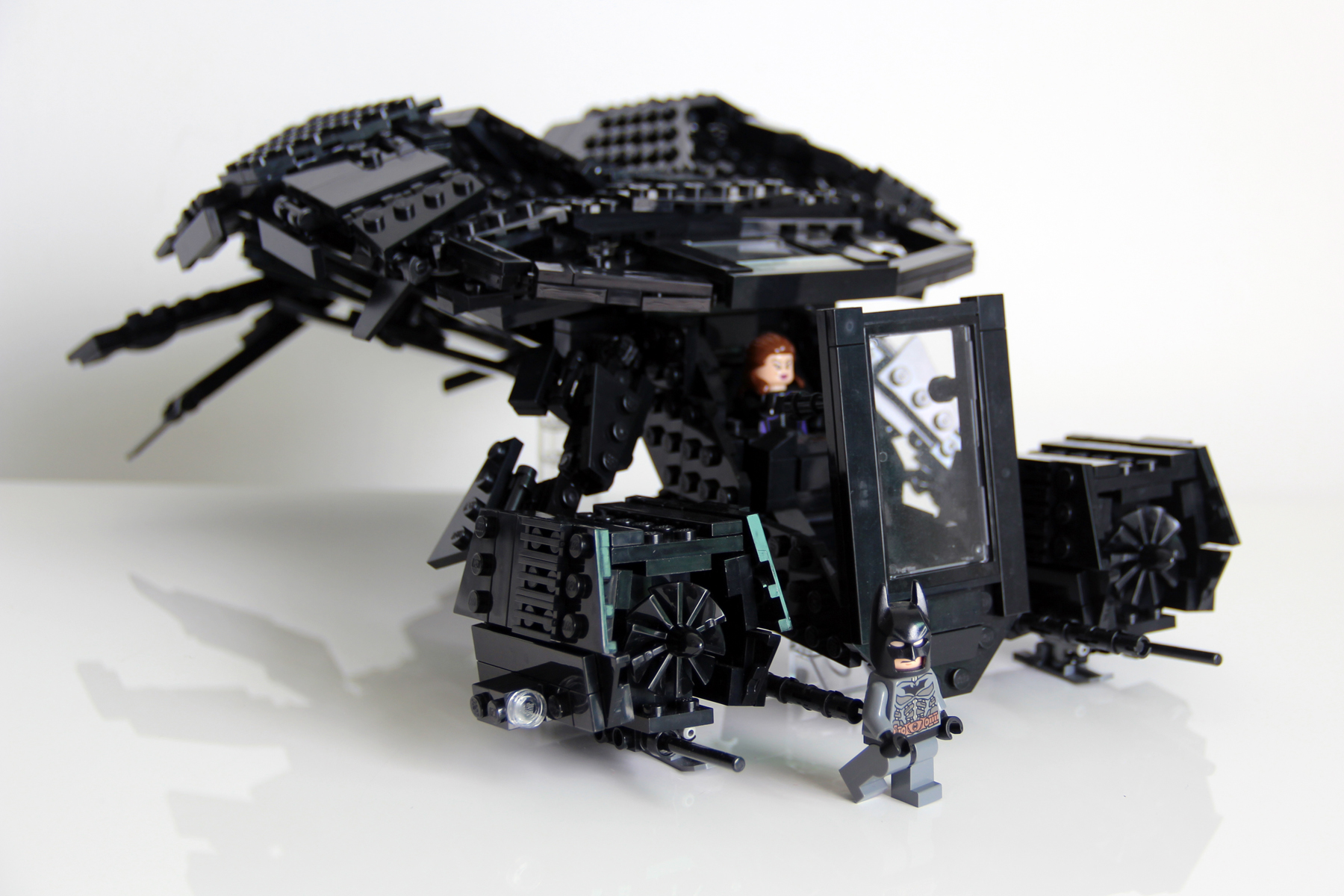 The interior of The Bat fits 2 minifigs sitting upright. 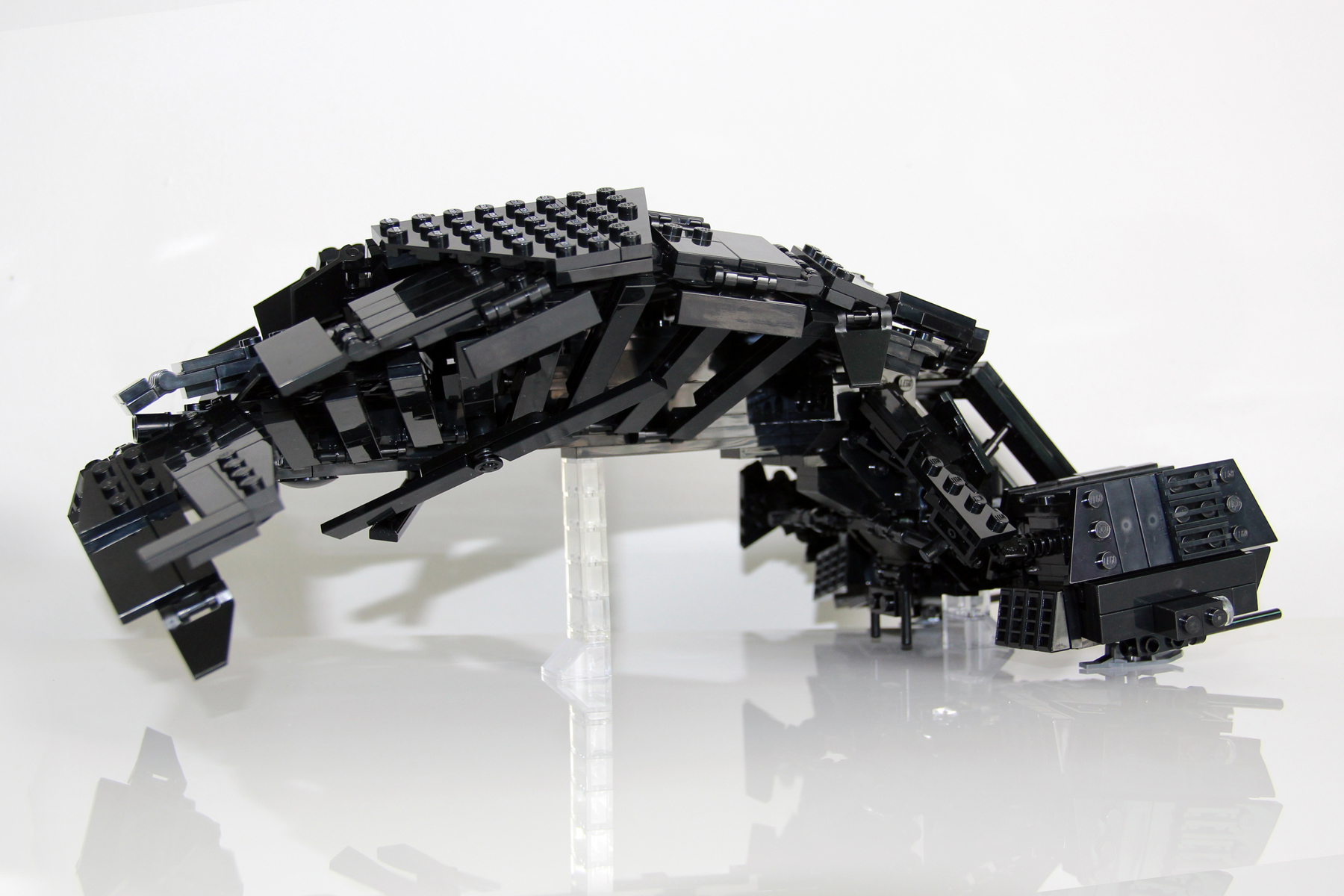 Details of the underside, with rotatable rotors and movable flaps. 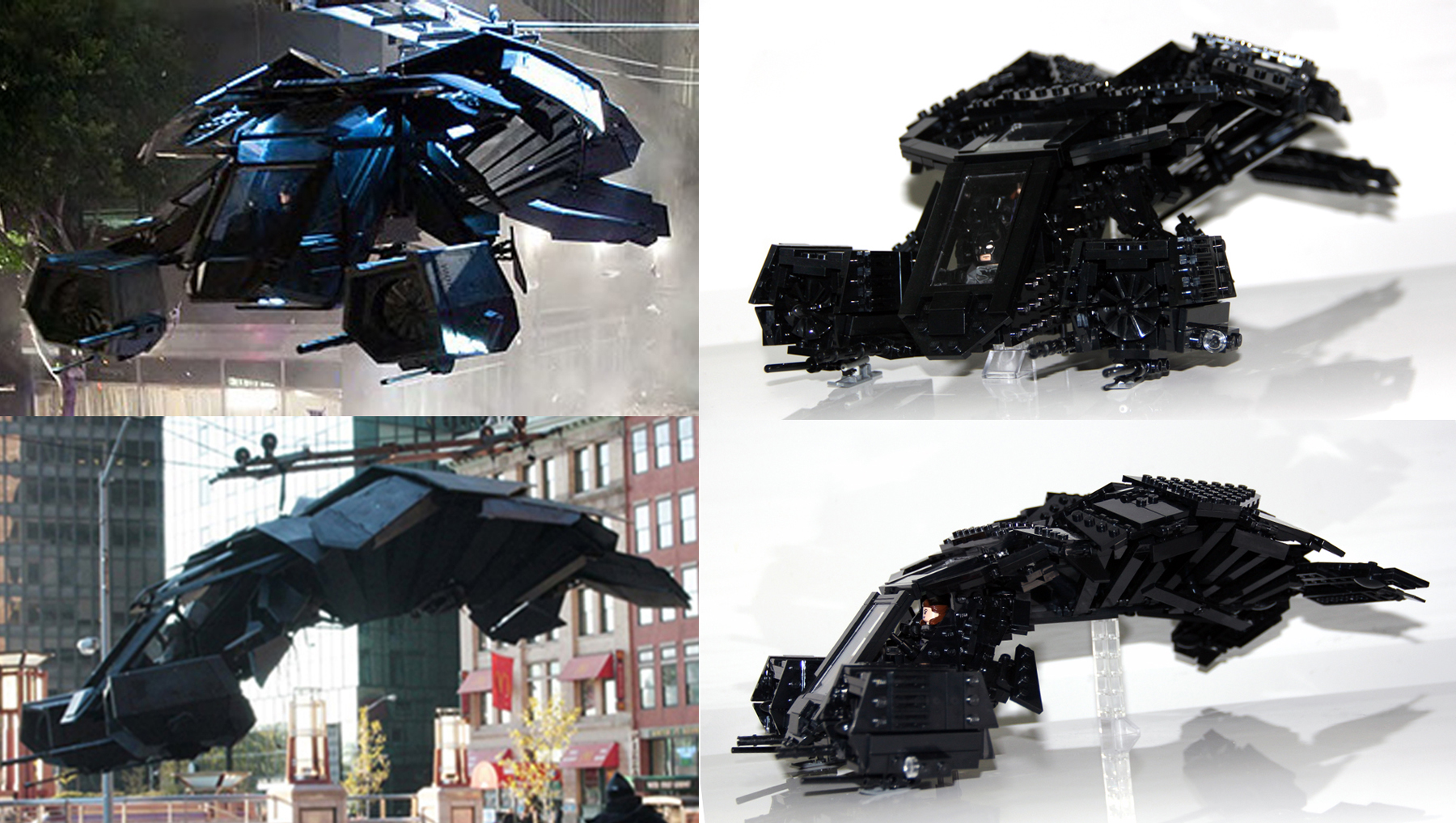 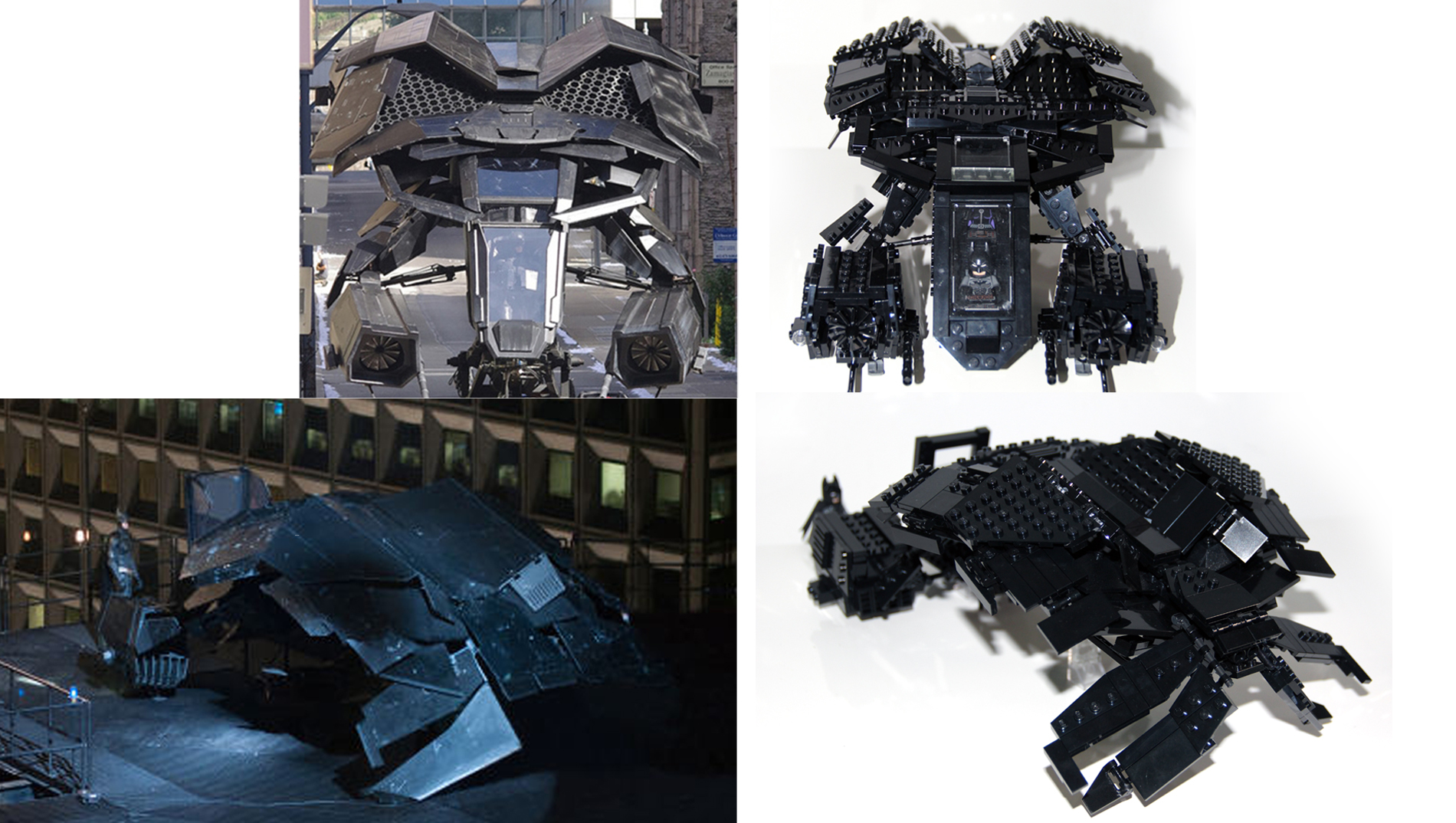