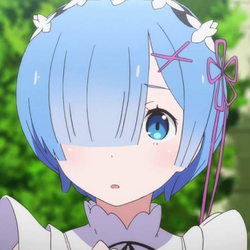 this is Rem. she is a popular anime character: Re: Zero - Starting Life In Another World. I made Rem from Lego because she is a very popular character. it is a pleasure to look at her. I think this will make a good lego set because many people have Rem as their favorite character. and because she's from a fairly popular anime. I have been fond of Lego since early childhood. and recently I decided to watch some anime. Among all the characters from there, I liked Rem the most. And once pondering the plot of the anime Re: Zero - Starting Life In Another World, I walked near the Lego store. and at that moment I got the idea to make a set based on this anime. I hope you like what I did.
9
42
days left