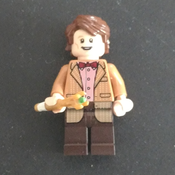 This is a model of a bank, made to LEGO® Architecture scale. Besides just being a good model to display, the model is functional because the roof of the bank opens so you can store money and spare change in it!

The roof opens by popping the top off, which allows a hinge to bend so it can open like a box. This way, the hinge is kept hidden on the inside, so it doesn’t take away from the outside look of the model.
There are a lot of details on this model:

I know that with my limited number of spare pieces, the model isn't be very big, but I am still proud of the size and details of the model (and if it does become a set, LEGO can always make the set bigger.)

I especially loved designing the mechanism to open the roof, since it involved a lot of trial and error for me, and it was a challenge tring to get it to open without showing the hinges on the outside (which wouldn't look good).
This bank would be a good set because it is a good model to display - similar to the LEGO Architecture Capitol building and Empire State building sets - and also a functional use of being able to store your spare change and bills in it!
Cool mechanisms in LEGO sets - like the working Pop-Up book LEGO Ideas set and a lot of the LEGO Technic sets - are really fun, and although this isn’t the most complicated mechanism, it is still a fun one to build (and LEGO can always make it more complicated if they want.) This would be a really good LEGO set, so I would really appreciate it if you please support it!