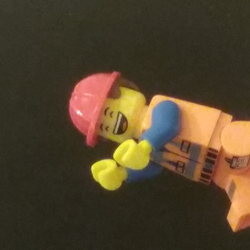 GO TIGERS!   Even though the stadium wasn't originally built for the Detroit Tigers, the Tigers are what made it famous.  They've been playing in the stadium since 1901, the year they became an official member of the American League.  This historical site in Michigan wasn't always this big.  It was originally meant to seat 10,000 people, then in 1912, it expanded to 23,000 seats.  By 1938 it could hold 54,000, and finally, in 1948 lights were installed.  The Tigers finally claimed their stadium in 1961.  Since then it held many championship sporting events.

I started this project very confused, I started by asking family members what I should build.  My Mom came up with the idea of building the Tiger stadium, so I took it into consideration.  My Mom had the Danbury model, and after scoping it out I decided to accept the challenge.  It took me 2 months to create the most perfect representation of the model that I could.  I loved to look at the photos on Google as I studied them for reference.  I would've liked to visit, but sadly I can never visit this amazing place because it was destroyed in 2008.