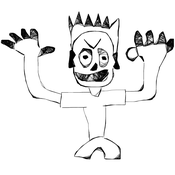 You have a hard mission inside the fire that only the big truck can beat!

The Fire Mission have a full scene of a feat, including a big truck, 3 minifigures, axes, extinguishers, life jackets, kits of oxygen, a nice ladder system and the electric tower (in fire).

The model of the truck is based photographically in MX-15 of MAN, but I did physically different in details as the ladder, the design anyway saves a structure very similar.

Ladder: I created a system that consisting in a cylinder anchored by a floating plat that moves to forward or back according the angle of the ladder(obviously is a plat trapped by bricks) and when you move ladder to up the plat goes to back and there are angular bricks for stand stable.

Pieces and price: This set have about of 558 pieces. For the ladders, the tower, the front window, flames and other large pieces. The price approximately is about $60-70 dollars.