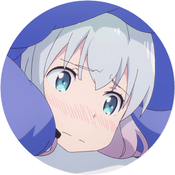 Exploring big worlds requires using big vehicles. Enter onto the scene the Mobile Planetary Explorer, a 32 stud long by 12 stud wide vehicle loaded with play features that's built for the task. Originally, this model was built as an exercise in vehicle design, with the desire having been to build something that looks believable enough to be seen in the real world, yet looks different enough to be something out of the future. Regarding construction of the model, various building techniques such as traditional studs-up design and Studs Not On Top (SNOT) construction were employed, which made for a challenging yet entertaining build overall.

What would make this a great LEGO set? Well apart from it being a big and cool space vehicle, it's filled to the brim with play features! Such features include:

I hope everyone enjoys this project just as much as I enjoyed building it.

Feedback is welcome, thank you in advance for your support!