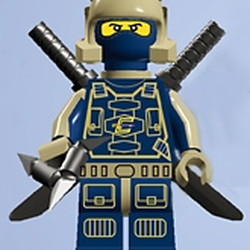 Naro
10
This Set is about "General Claw" who is a super intelligent villain who wants to control the world using his army of bad guys to apply his plans. But a group of extraordinary heroes with extraordinary abilities "Legion of Elites" stands against his evil plans.

I used mainly the Lego Digital Designer to create characters & vehicles, except for the costumes design & backgronds, I used a graphic designing software. I wanted to show models of each character & vehicle in detail, but I was not able to upload more than 4 photos. For detailed photos please follow the (Updated) link Legion of Elites

I tried to keep designs simple & easy to assemble considering price if marketed.

Actually I was a Lego freak during the 80's. I used to create & design new space ships, planes & vehicles that time. Now I'm Buying Lego for my son (He is an obsessed fan of Lego too) so I started creating him new vehicles & we used to modify the characters to create new ones , then I had the idea of submitting some of what I designed to Lego through CUUSOO.

Hoping for your positive verdict, acceptance & support, to motivate me to submit also the other 3 sets I developed. 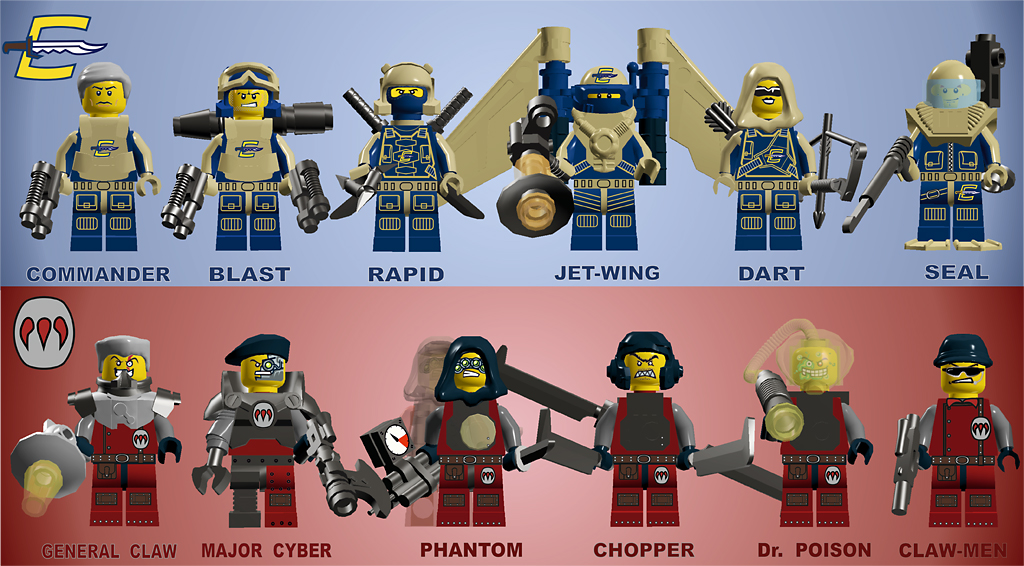 This is the the Concept Design of Each Group Costumes:
- Legion of Elites: Dark Blue & Brick Yello, With "E" Logo.
- Claw Army: Dark Red, Dark Gray & Black, With a Claw Logo 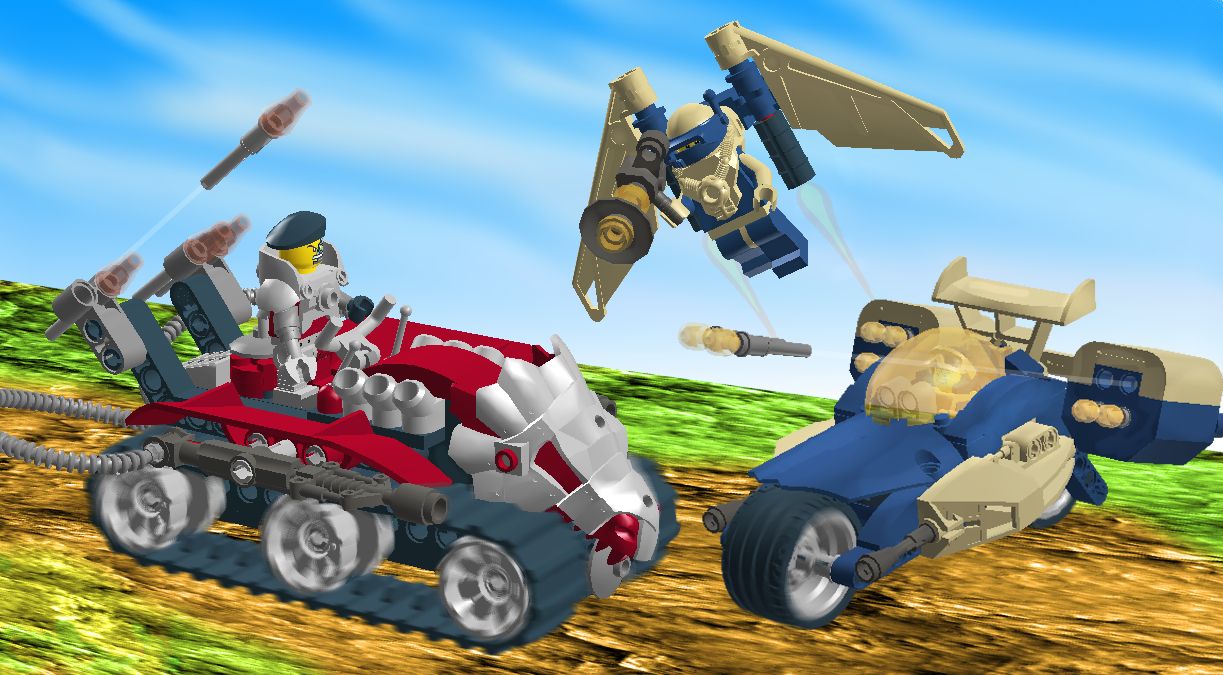 The "Claw" Army Consists of:
* General Claw:
He is the Head & the Mastermind of the bad guys.
He is a super intelligent villain who wants to control the world. But the "legion of Elites" stood against his plans.
He gathered a bunch of bad guys around him & invented mostly all the technologies they are using to apply his plans.

* Major Cyber:
He was an officer in the army but after an explosion "General Claw" replaced parts of his body with robot limbs & washed his brain.
He became the second guy after "General Claw" with a powerful body & military mentality.

* Phantom:
He is a cunning spy with the ability to be invisible using a device he holds on his chest & the ability to see in the dark using night vision glasses.
His job is to spy on enemies & to do sabotages beyond enemy lines.

* Chopper:
He is a helicopter-man.
He is not so clever like his other fellows, but when it comes to Blades he is very dangerous.

* Dr. Poison:
He is a psycho scientist who deals with toxic materials & converts them into harmful weapons.

* Claw-Men:
These men have no special abilities but they are the troops of "General Claw" and by them he is trying to conquer the world 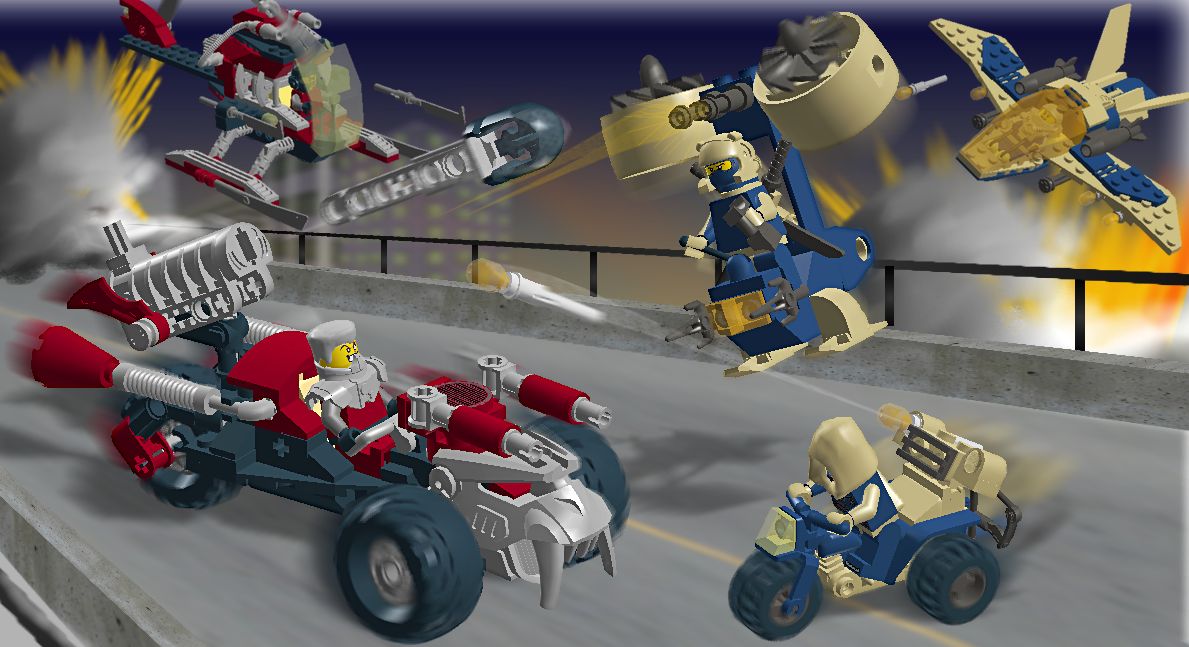 The "Legion of Elites" Consists of:
* Commander:
He is only known as "Commander".
He is the Head of the "Legion of Elites".
He is a great strategic planner & Leadership flows with his blood.
He has a great respect from his team & everyone in the Legion considers him his father.
In addition to his leadership, He is a peerless sniper who never misses a target.

* Blast:
He is an expert in all kinds of guns & explosives, he has the knowledge of driving various kinds of heavy vehicles.
His major problem is that he some times can't control his nerves & explodes very fast.

* Rapid:
He speaks very little & rarely you see him even smiling.
He spends most of his time in training.
He combines his amazing ninja skills with the high-tech gadgets & extreme endurance to accomplish almost impossible missions.

* Jet Wing:
Jet wing is the bird of the Legion.
With his wings he can go very high & far.
He is also an expert of all flying machines invented till date.
He keeps throwing jokes & making fun of others, & that puts him sometimes in troubles especially with "Blast".

* Dart:
She has an amazing archery skill. She can split a hair with her arrow from a long distance.
She is also an ultimate athlete with high gymnastic skills.

* Seal:
They say that Seal was born in the ocean due to his diving skills & they say that he could hold his breath under water for 30 minutes.
But what ever they say, Seal is matchless under water. 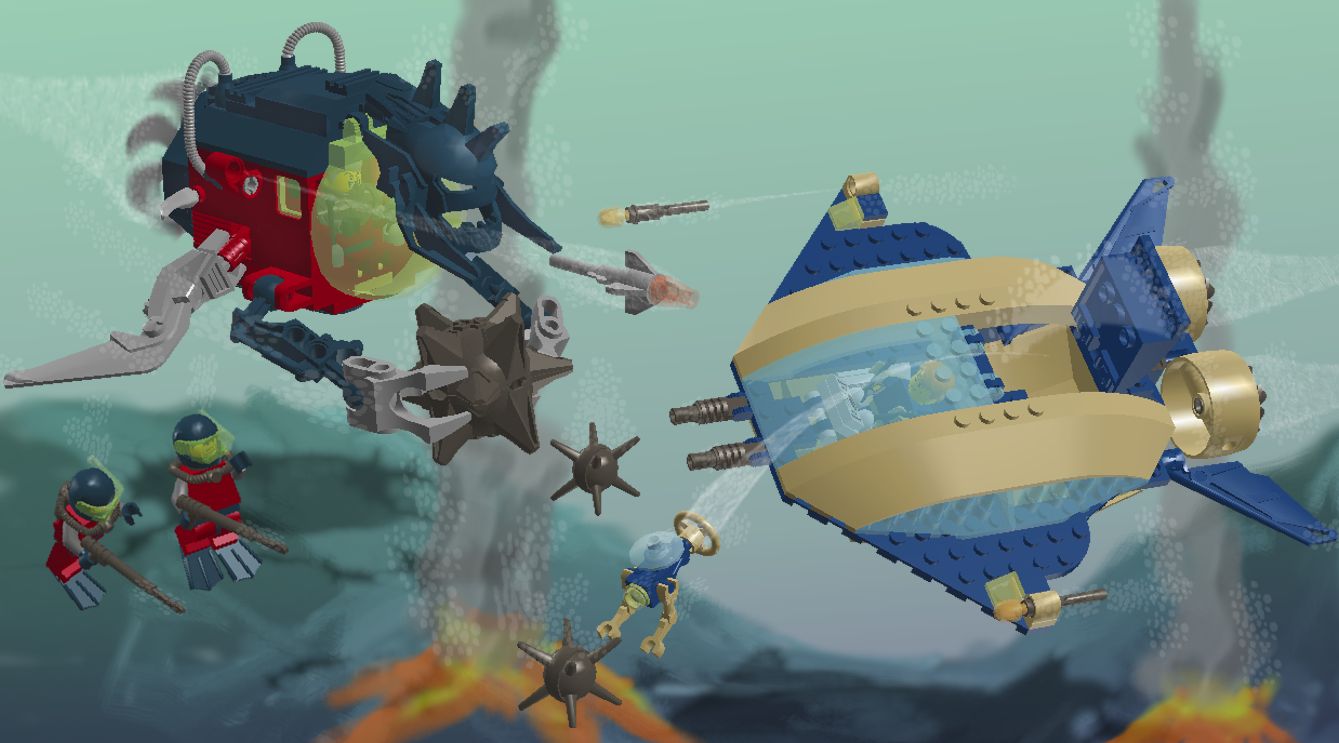