By whatsuptoday
20 comments
Here's a new Lego adaptation, inspired by a creation of Emerson Tung : The Iron Curtain Patroller http://emersonart.blogspot.fr/2011/08/108-when-steampunk-tank-robots-attack...
It is steampunk robot tank from a pseudo Soviet type fraction called The Iron Curtain.
This project is a solid and simple construction, it includes 355 bricks. The shield on the front panel is pivoted downwardly to take out the driver.
There are four crutches to the ends of the track who rock down to give to the stop, more stability to the tank.
The track turns correctly, there are joints on: the bust, shoulders, elbows, wrists, fingers and the turret of the guns. 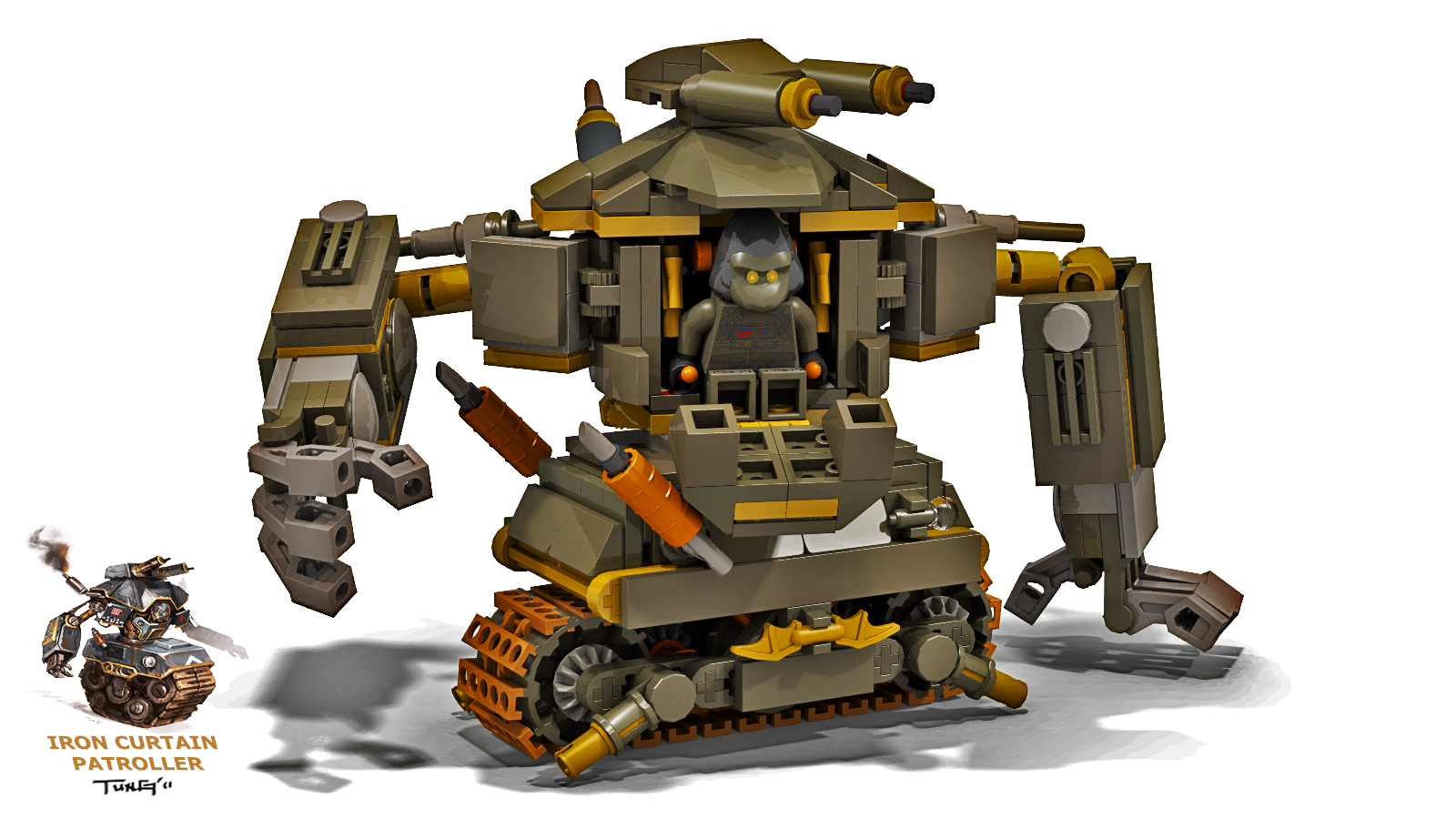 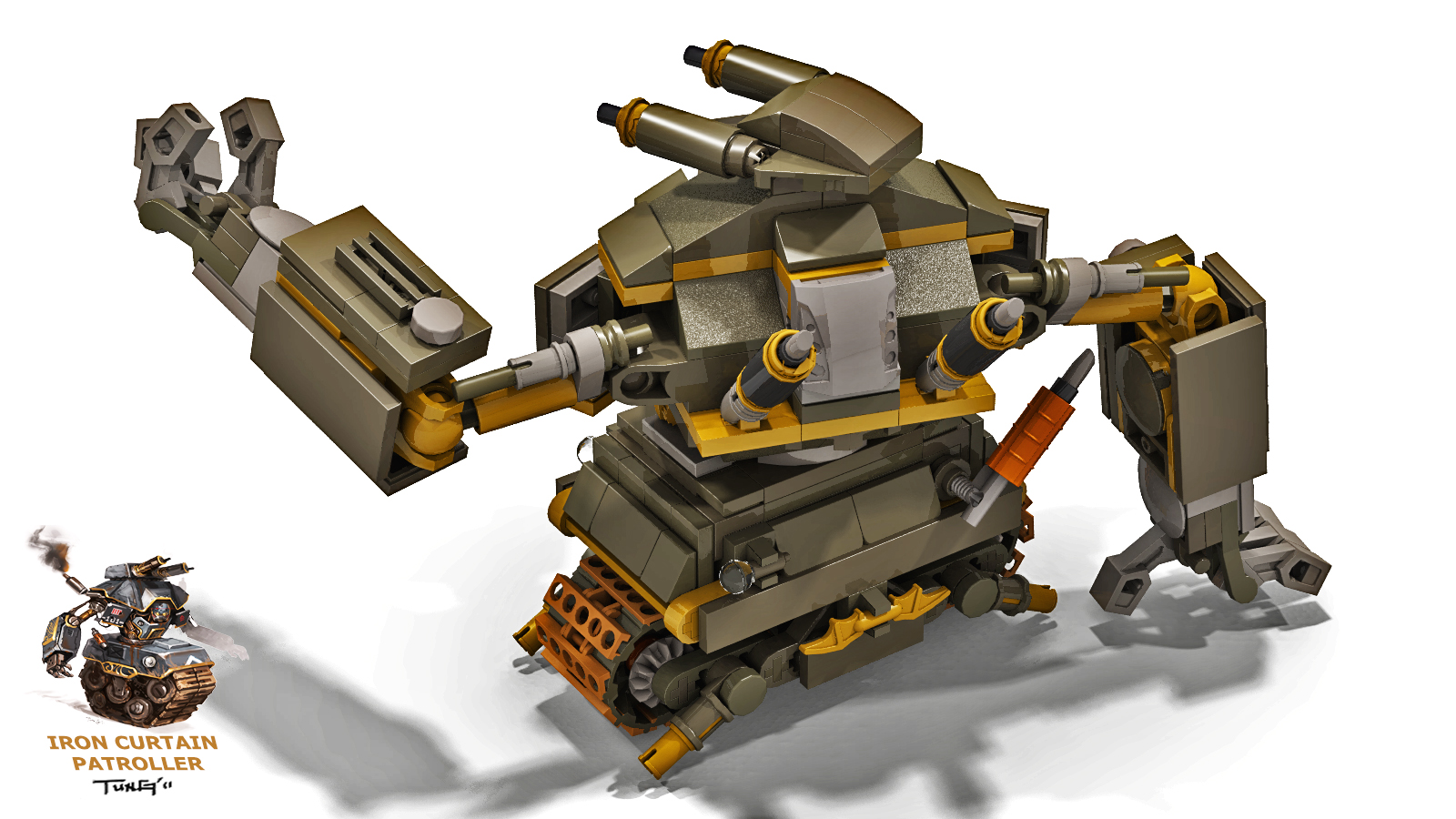 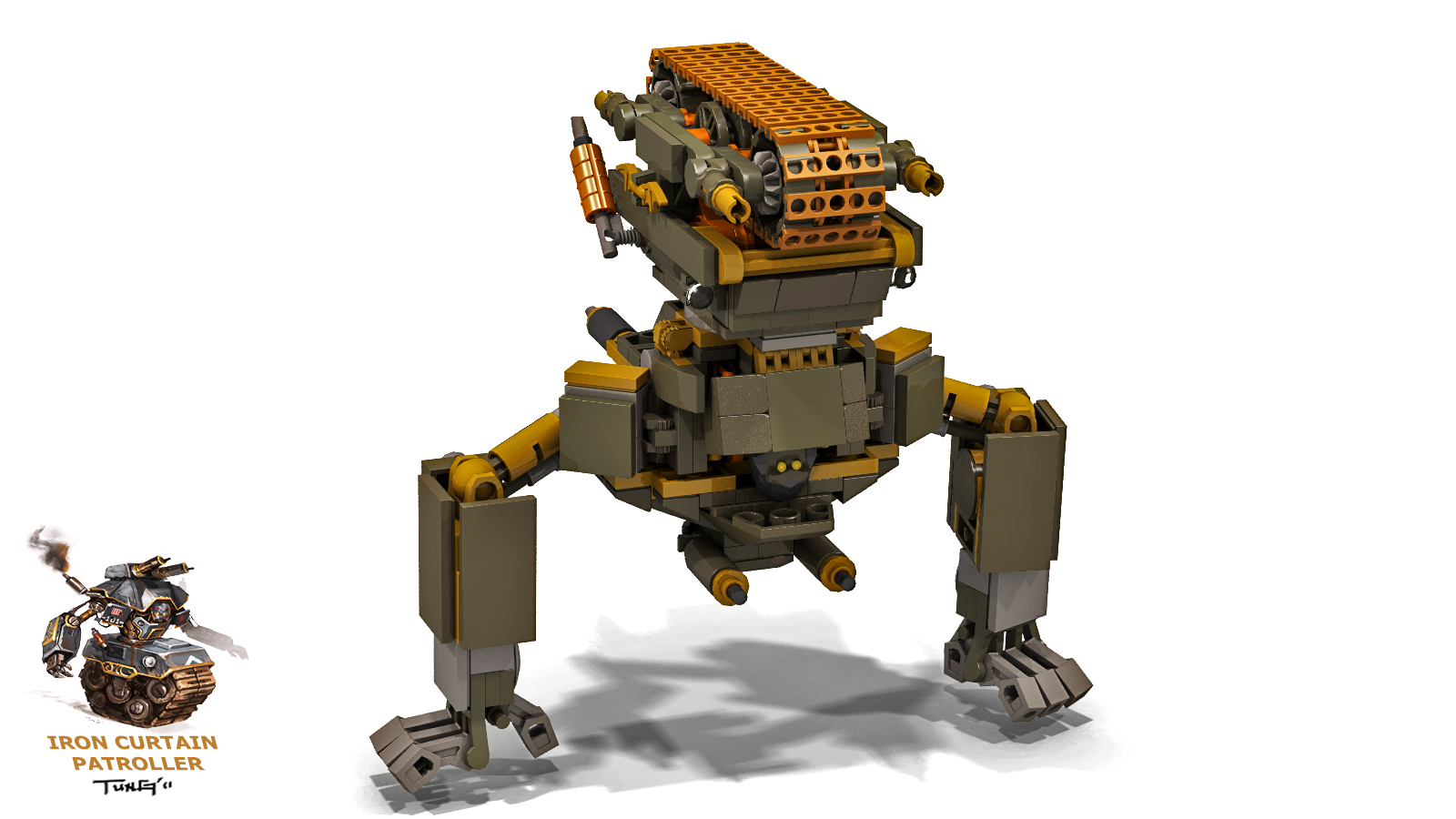