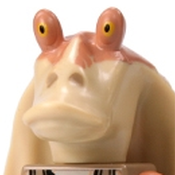 By jwbrick
1 comment
THE TERROR WALKER:
This is the terror walker from Star Wars: The Force Unleashed 2. It's owned by Boba Fett. You need to fight it in a big ship called the Salvation. It has 4 legs, 2 claws and a big robotic head.

I hope you enjoy my project. Please help me get to 10,000 supports so this can be a real set so you can buy it and other people can buy it. thank you.

Lego created 1 lego force unleashed set: the Rogue Shadow. After that came out I was exited for them to make more, but they didn't. When I found Lego Cuusoo I decided to make one myself.

When I got Star Wars: the Force Unleashed 2 I saw the Terror Walker and I thought it would be perfect. I liked it because it has a great design and I think the designers spent lots of time working on it, and that was definitely worth it. I needed some minifigures so I thought I'd put the Terror Troopers and Terror Spider Droids in.

I think this should be a set because Lego only made 1 set for the theme (Star Wars: the Force Unleashed) the Rogue Shadow and it was AWESOME so they should make more sets for it. Also I think because it would come with some very awesome collectable minifigs (2 Terror Troopers and 2 Terror Spider Droids) that have not yet been made in Lego it would get more people to buy it. Fans like the minifigs.

I imagine this would go with other sets from TFU (2) including (maybe): Kamino cloning facility, Cato Neimoidia battle arena, The Salvation, Felucia attack, and more. Basically Instead of just suggesting the Terror Walker as my project I'm also suggesting to that Lego should reintroduce the Star Wars: the Force Unleashed sub-theme. If this gets achieved, it is Lego's choice to reintroduce the sub-theme.

Try and find this set on http://LEGOStarWarsmosaic.com/ (Revenge of the 5th)
Find the Terror Walker and see other cool sets that have been made into a mosaic to celebrate Star Wars day; May 4th (May the 4th be with you).

Also see
http://us.starwars.lego.com/en-us/Creations/Details/Default.aspx?projectid=... (gallery)
You can see Lego Star Wars sets that have been made by fans (big fans).
Note: If you like this project please press the like button on the Lego site page (if you have an account).

Here are some pictures. 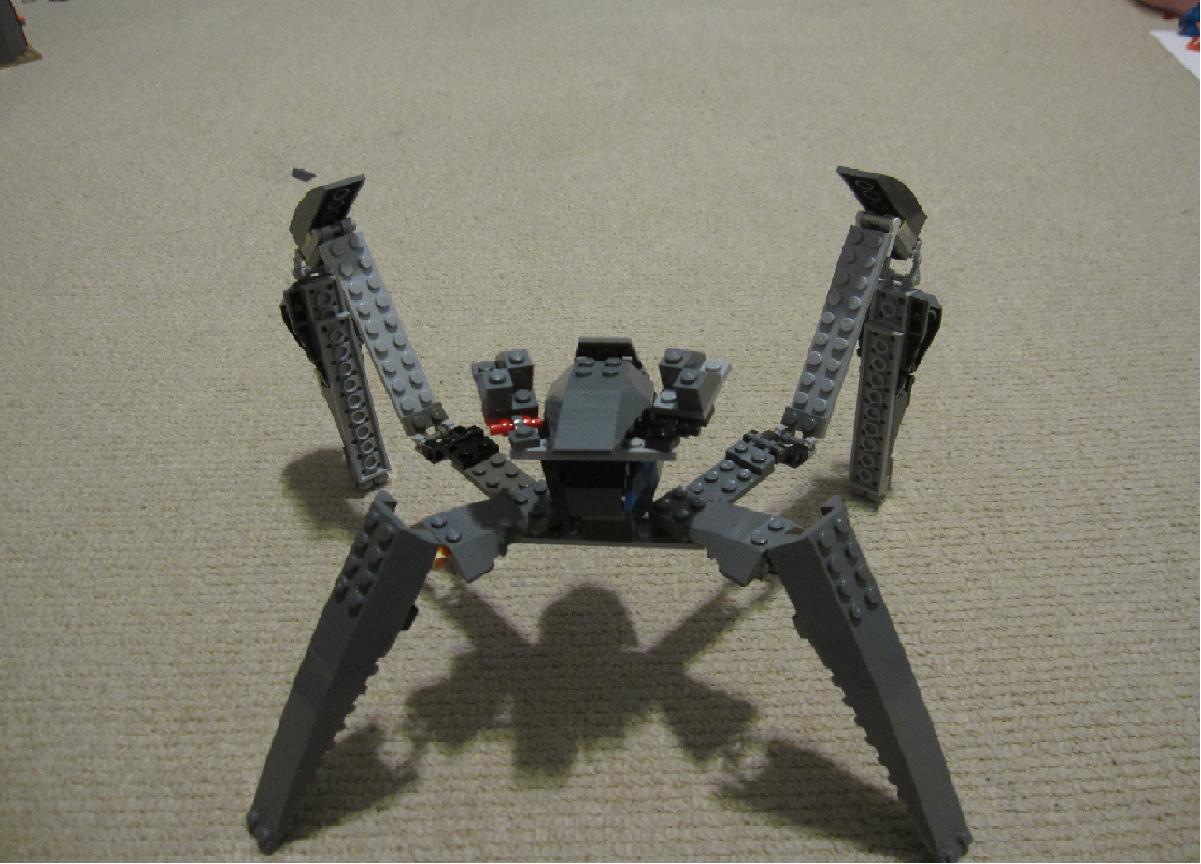 THE BACK:
You can see that the front legs are bigger than the back ones, and you can also see how the head is put together.

THE FRONT LEGS:
The front legs have a sharp end, at the top. They are connected to the body by a vertical piece of metel, under the sharp end. They have something that looks like another leg because they stick out of the real leg.

THE BACK LEGS:
The back legs are smaller than the front legs. They stick up a little. They are one piece connected to the body. 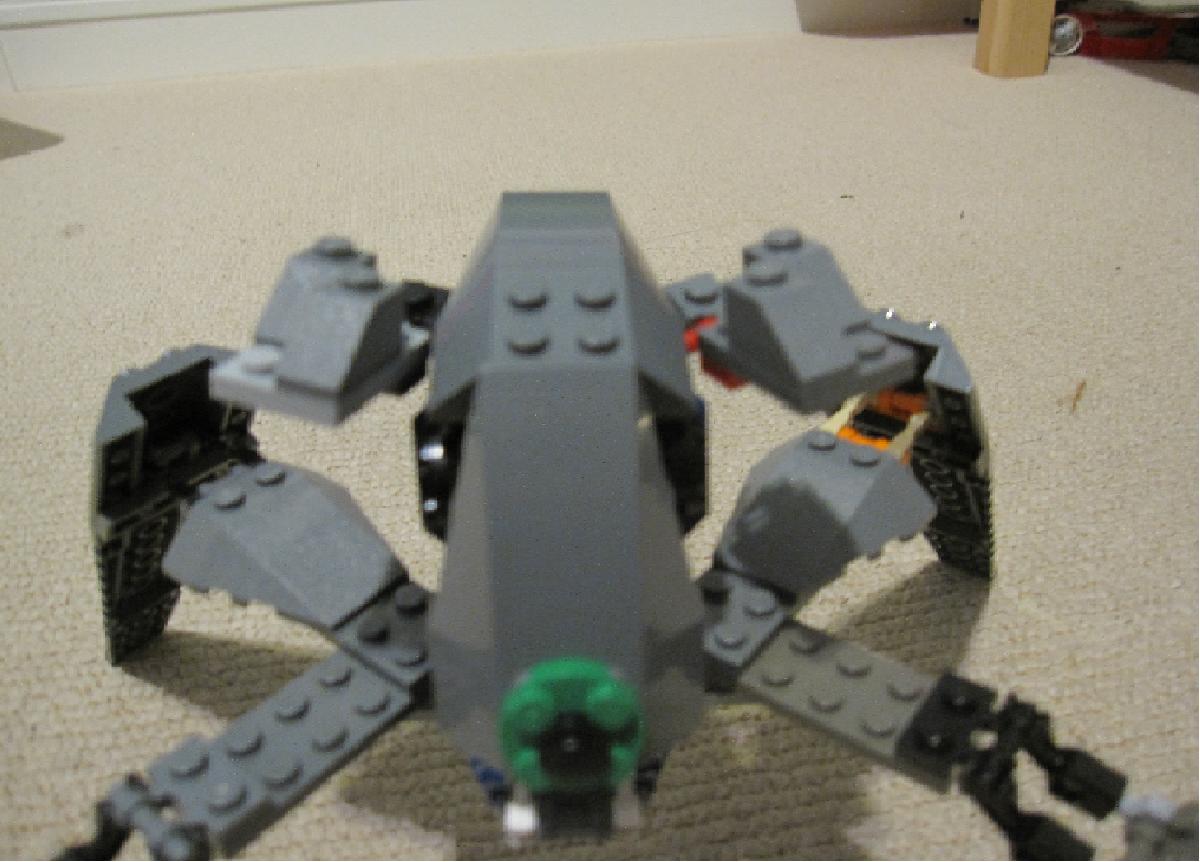 THE HEAD:
The head contains a droid brain, and on the outside there are two claws and a green sensor light.

THE CLAWS:
In the game (star wars the force unleashed) they are also used as guns. They can move up, down, left and right. 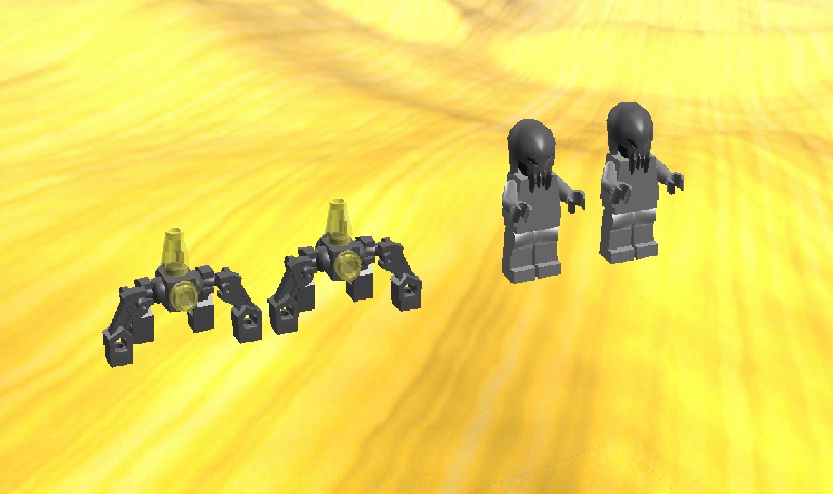 May the Force be with you!

Thank you very much supporters. please, if you have any suggestions for my project, suggest them on comments.