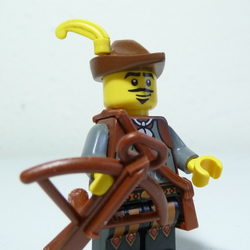 Why are many of Lego's "castles" really just walls with small towers or gates? To fix this I propose the King's Castle Keep.

The King's Castle Keep is a large, playable keep constructed to enhance your medieval Lego world. Whereas most castle sets that Lego has produced focus on the battle between two or more forces, this castle has been designed to be the center place for day to day medieval castle life. This set becomes a complementary centerpiece to the "wall castles" to create a full castle with outside wall and keep. 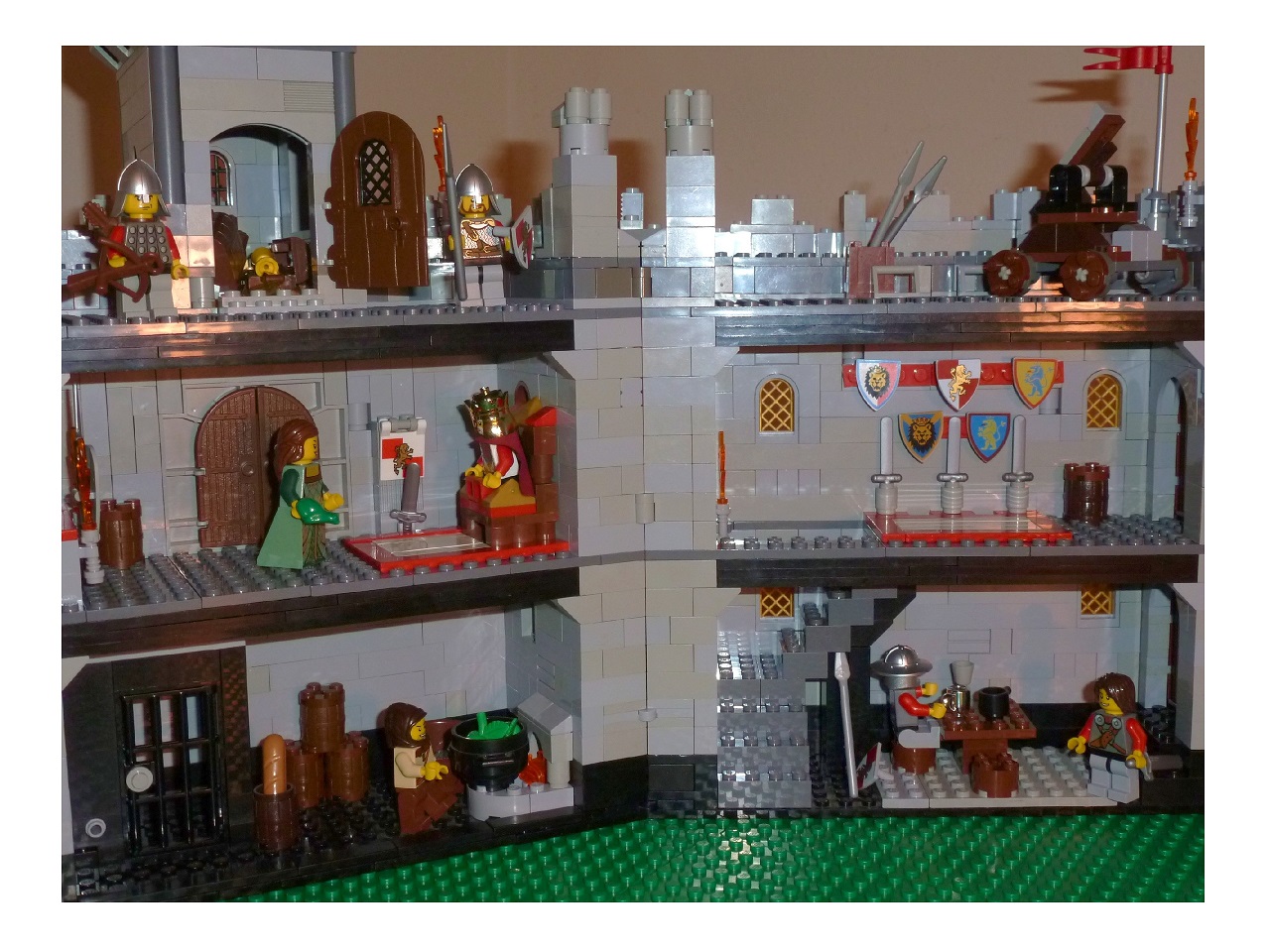 Throne Room: Here the king governs the day to day events of his kingdom. This could include presiding as a judge over a recent crime, hearing the complaints of the peasants, or collecting gold for taxes. 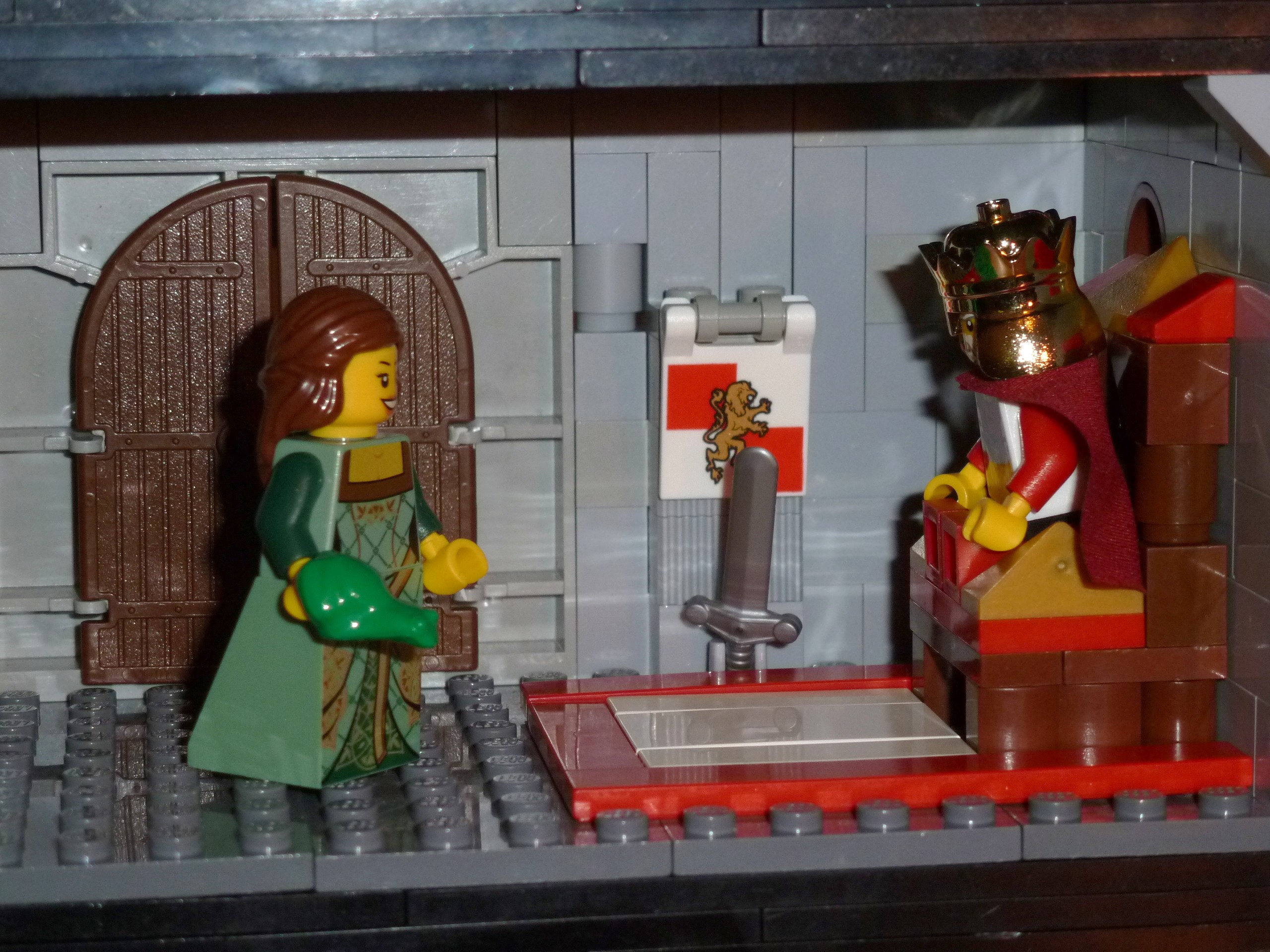 Coats of Arms: A hall paying tribute to some of the Lego sets of the past. Owners could put their favorite castle shields here. I put some random ones up as a sample. 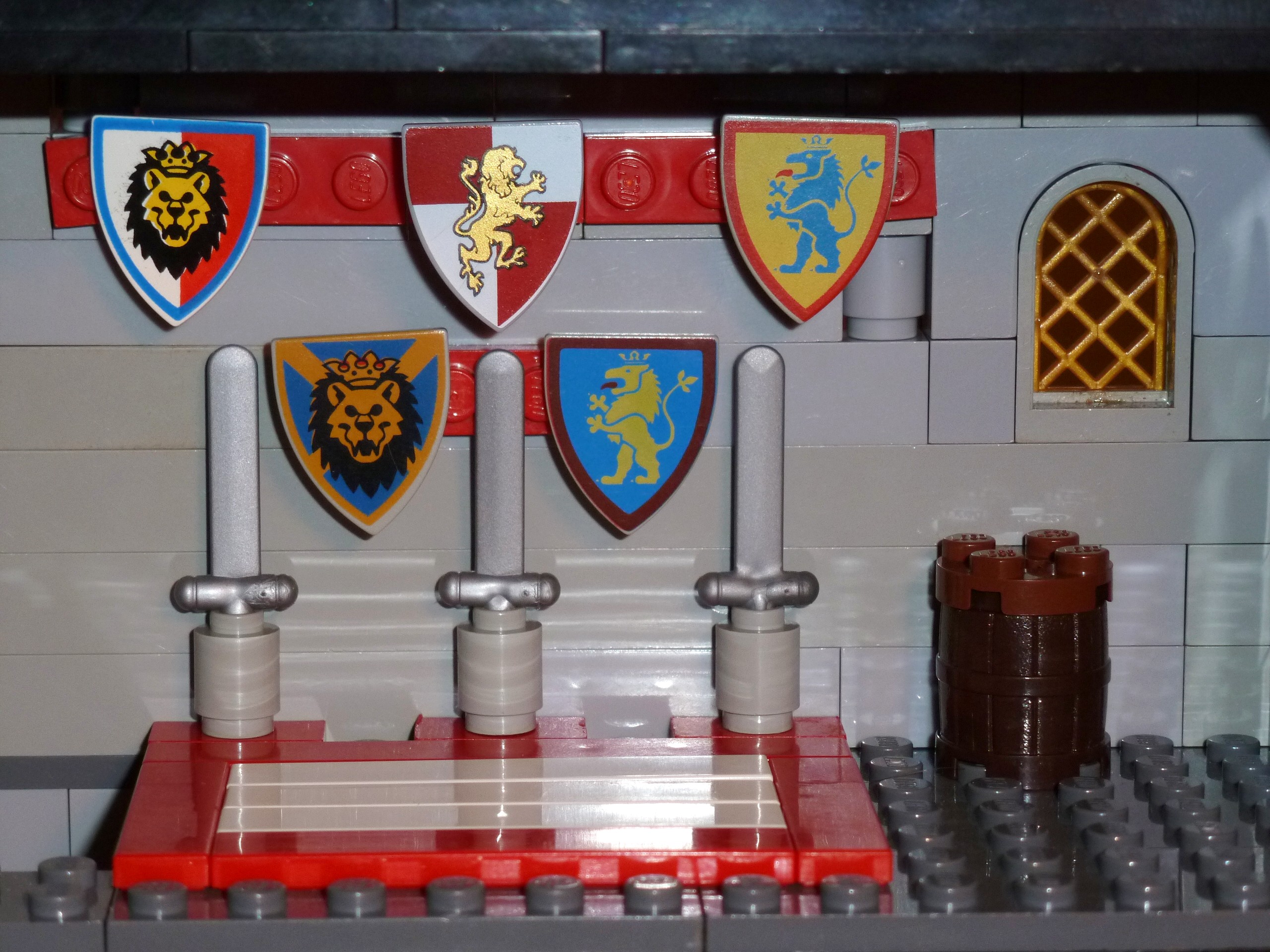 The Treasure Room: Many Lego sets over the years have had treasure chests but few have had a place to guard it and keep it locked up. 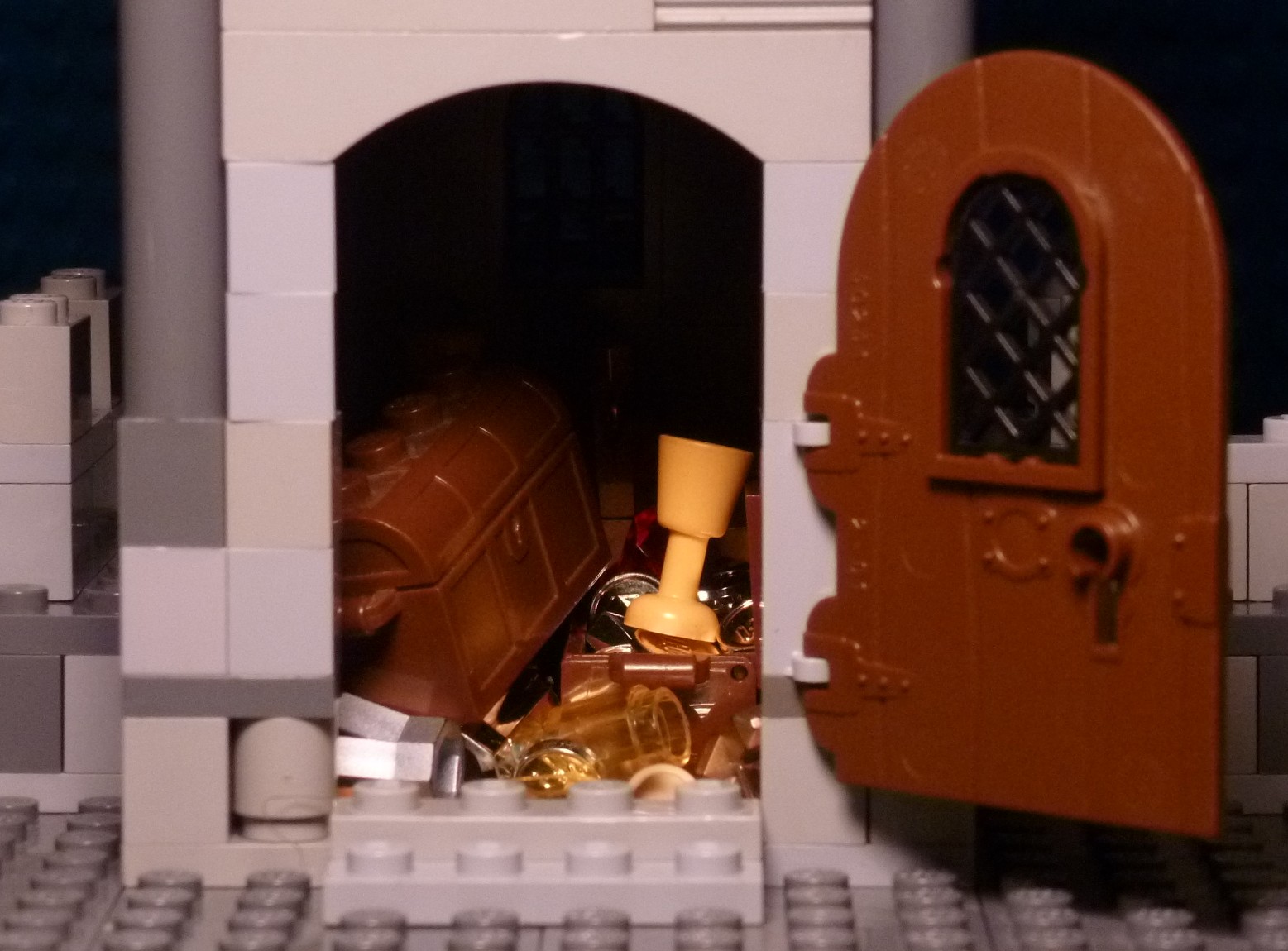 Other elements:
Kitchen and Dungeon: The set would include a peasant that can be used as a cook, a thief trying to steal the treasure, a prisoner, a hungry beggar looking for food, etc.

A princess on her balcony and a prince to come calling.
A mess hall for guards
A catapult that can move around on the battlements

Please note that the horse and cart is from an official Lego set and is a suggested addition.