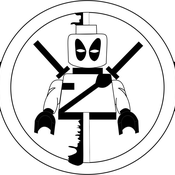 Description: The Variable Wing Stealth Fighter (VWSF) is one of my first My Own Creations (MOC) which I made for my eight year old son.  He wanted a cool plane that his LEGO warriors could use.  Features: The VWSF features moveable wings which are configured for different speeds including light speed.  Configure the wings at a -45° and -135° angle for aerial combat and high maneuverability.  Configure the wings in a 0° for cruising or at a positive angle for sharper turns at lower speeds. The aircraft comes with a mini antenna array which can be removed to allow for a second mini-figure passenger while the pilot sits forward.  There are two clips for weapons and tool storage during flight. The VWSF also has two long-range pulse weapons mounted under the airfoils and a double short-range mini-gun.

Why I built it and why it would make a great LEGO set: I built this for all the same reasons as I do any creation; i.e. creative inspiration for my son and the love of LEGOs. I hope you all enjoy and support!