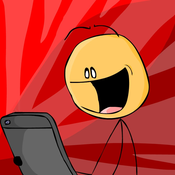 This model is a medium-size Space model titled Moon Hovercraft Mk I. It features seven original droid minifigures and a hovercraft.

The first image in the slideshow depicts the main protagonist droid in the collection, X-02. He is the leader of the Moon Patrol, responsible for guarding the surface of our moon. The figurine itself is comprised of eleven pieces, including his two pistols.

The second image depicts the four Minion Droids included in the set. They are small hovering droids loyal to X-02, with a dual laser cannon on one side. Each consists of five parts, a total of twenty for all four.

The third image shows the two antagonists included in the set: Y-04 and Y-05. They are sword-weilding twins whose purpose is to overtake the moon. Each is comprised of fifteen pieces, including their electro-swords. Both have one rotating hand, allowing for a playability effect on the swords.

The fourth image shows the hovercraft with characters mounted. The model itself seats two minion droids and X-02. The control area, shown in the fifth image, has a chair specifically designed for X-02. It is removable to allow the figure to be seated quickly and easily (the sixth image shows it when removed).

Behind the control area are two large jet engines (depicted in the seventh image). They include an interior "fire" detailing and a ventilation block between the two. In the eighth image, the front detailing of the engine's intake is shown.

The ninth and tenth images demonstrate the "minion droid charging station" effect. On each wing there is a small  four-piece detailing that includes two clips, one for a Minion Droid and one for one of X-02's pistols. When clipped on, the pistol is used to create a "charger" effect on the droid. When removed, the pistol becomes X-02's weapon and the Minion Droid functions on its own.

Thank you for taking your time to view this model and read its description. Please support, and share with your friends! Let's get this model to 10,000 supporters!