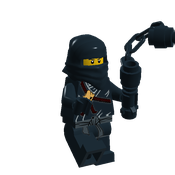 In the year 3000, scientists realised that we had used up all of the earth's resources, so they send people to another planet's moon far away. Although it seemed like a simple mission, they had no idea that they would encounter hostile aliens on this trip. Now they battle for survival against dangerous forces.

I think this would make a good LEGO set because its fun to think of different scenarios and decide what happens next.

I had the idea when i was think about what to make next and thought of people drilling on the moon for resources.