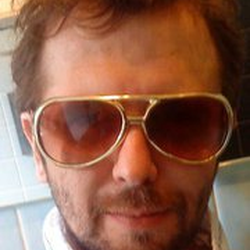 #Topic:
War, there is always war... in this year of 2050, the lego peoples decide to turn there opinions conflicts into a giant battle show with remote controlled Mecha ! No dead, only fun between people !


#Lego Mecha game concept:
With a simple set of rules or none for younger persons, peoples can play real size Mecha models battle.

Another goal is to give a possible puzzle dimension to the building guide for people who want a greater building challenge.

People buy a basic Mecha model (with his control crew (because it's remote controlled)) and then buy additional pieces that enhance the capabilities of the model (armor, weapons, accessories, systems, additional crew, support vehicle (like drone, mini Mecha...) , etc...).

The Mecha model should be as customizable as possible within the limit of basic (or almost as possible) Lego bricks (the pick a brick limit is the limit I use). It use a standard skeleton that is the same for every Mecha (see picture on Flickr (link below)).

Using a special code found on and in the box (or plastic bag) to increase security, the person can register online the Mecha and all the parts he buy.

He can then print a battle page resuming all data in order to play with a friend.
Or even better when two peoples or more decide to battle, they meet in real world, they connected to their Mecha page using their smartphone and a special appz, declare battle together and all battles data manually added and validated all the players will be displaying in real time in their phone.

Battle results will give or remove some points that allow ranking...

If your extend the concept to national using an official league and judge, your get the National Mecha League with ranked players with rewards.

A database, some PHP pages, a simple server, a small phone appz to display data, players... and after, some easy events to organize in the game shop. The investment is limited.

I'm on this model since almost 3 years (with some long dead times), here is the last revision, model MK10.2.
The concept behind it has around 18 months.

It's compose of around 720 pieces
It's hard and long to build
Every articulations have been reinforced
It's fully articulated
It didn't involve special pieces
It's build with the idea to give maximum movement and protection
It's pick a brick compatible
It's have been build (a previous revision, the MK6)
Energy container is removable (!)
It's cost less than 100€
It's fully playable 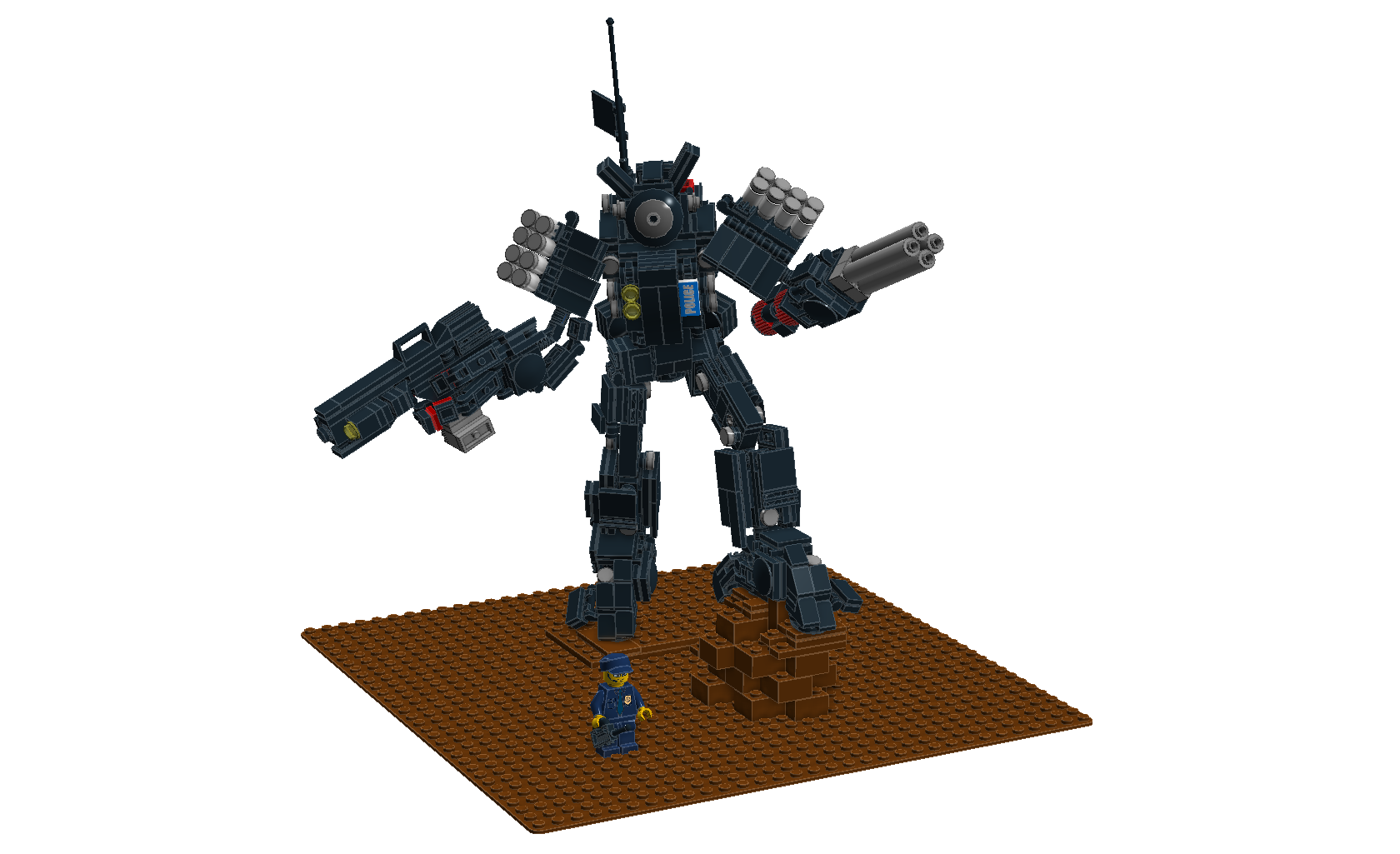 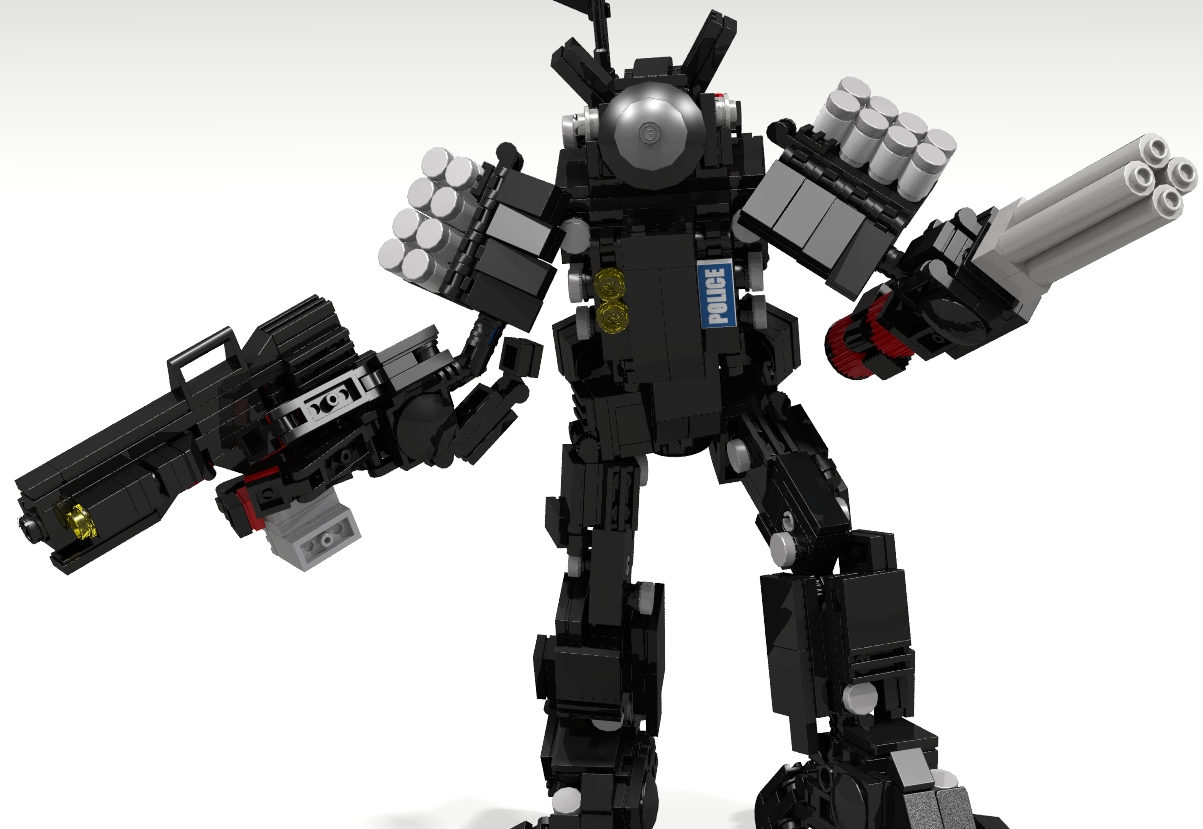 #Simple set of rules:
For example, according to their capabilities, Mecha can walk a certain number of centimeters. For measuring, a Lego rules will do the trick. Using a Lego dice, You can check if or not you manage to hit the other Mecha. Mecha can only shoot if the can really move in position to do it, that include the weapons itself. And using your battle page, you will know your armor level to reduce damage, etc...


#2050 ? Why ?:
2050 seems a good year, not far and enough to see major technological changes. It can allow Lego to bring future society ideas to the world and give children a new vision of the future. 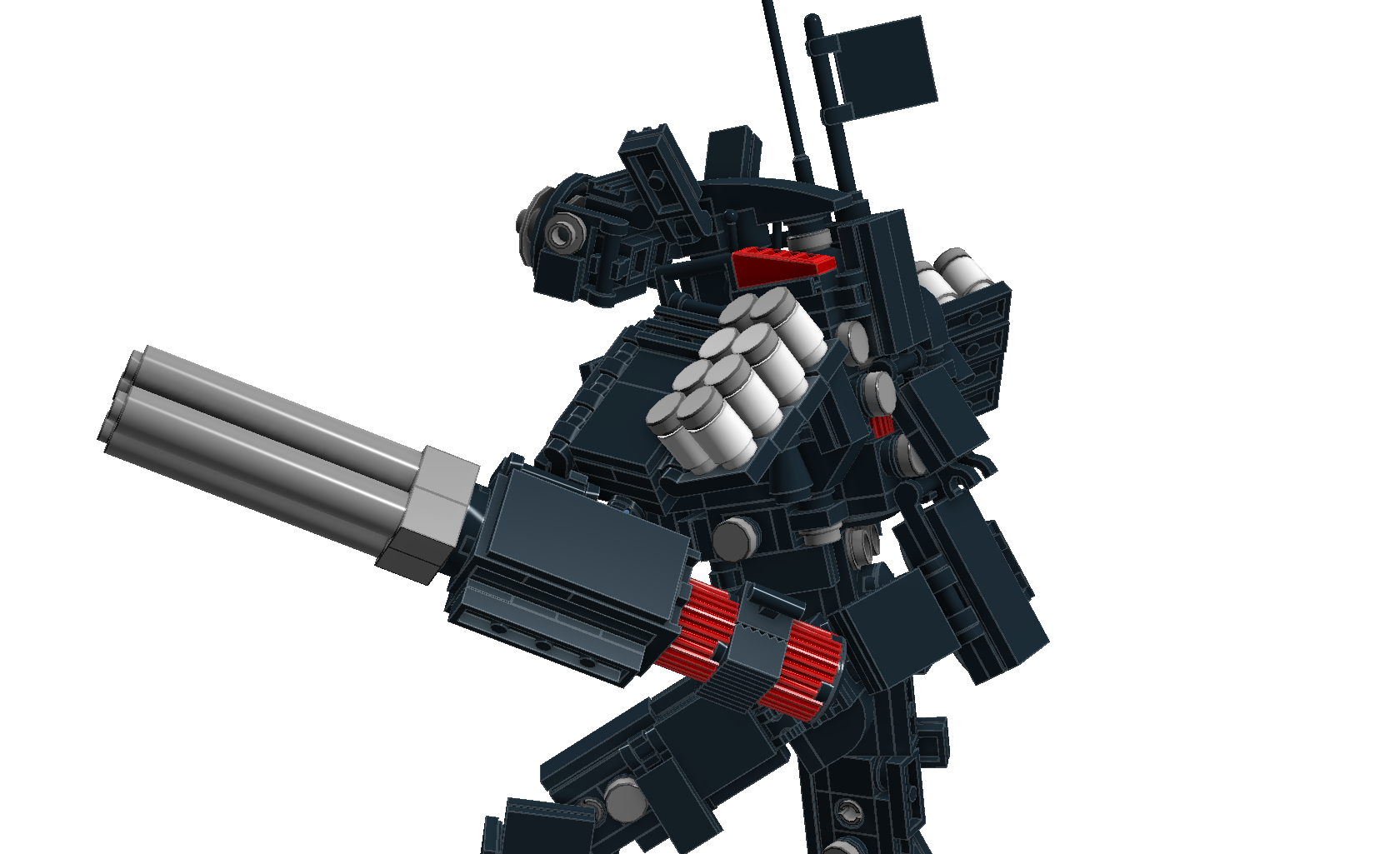 #Presented model History:
Between 2010 and now, around 40 revisions of the mecha have been done. You will find below some POV-RAY rendering images using LDD to POV-RAY converter and one photo of a the real model (MK6) offer to my brother...

The pictures cover almost all revisions.

LXF files are available on demand with motivation.


#Puzzle Dimension, can be applied to all the Lego products
On the flicker page above, you will also find an example of more harder building guide. The idea is to provide a greater challenge and maybe to interest puzzle amateur.

Another idea is to include a bit more pieces (1%) than needed in order to stress the person at the end...


#History:
The original idea was to provide a special Christmas gift to my brother (achieve in 2012 with revision MK6), as most real as a Mecha could be according to our technical level present and near future. And the building should be as much as a game by itself ! 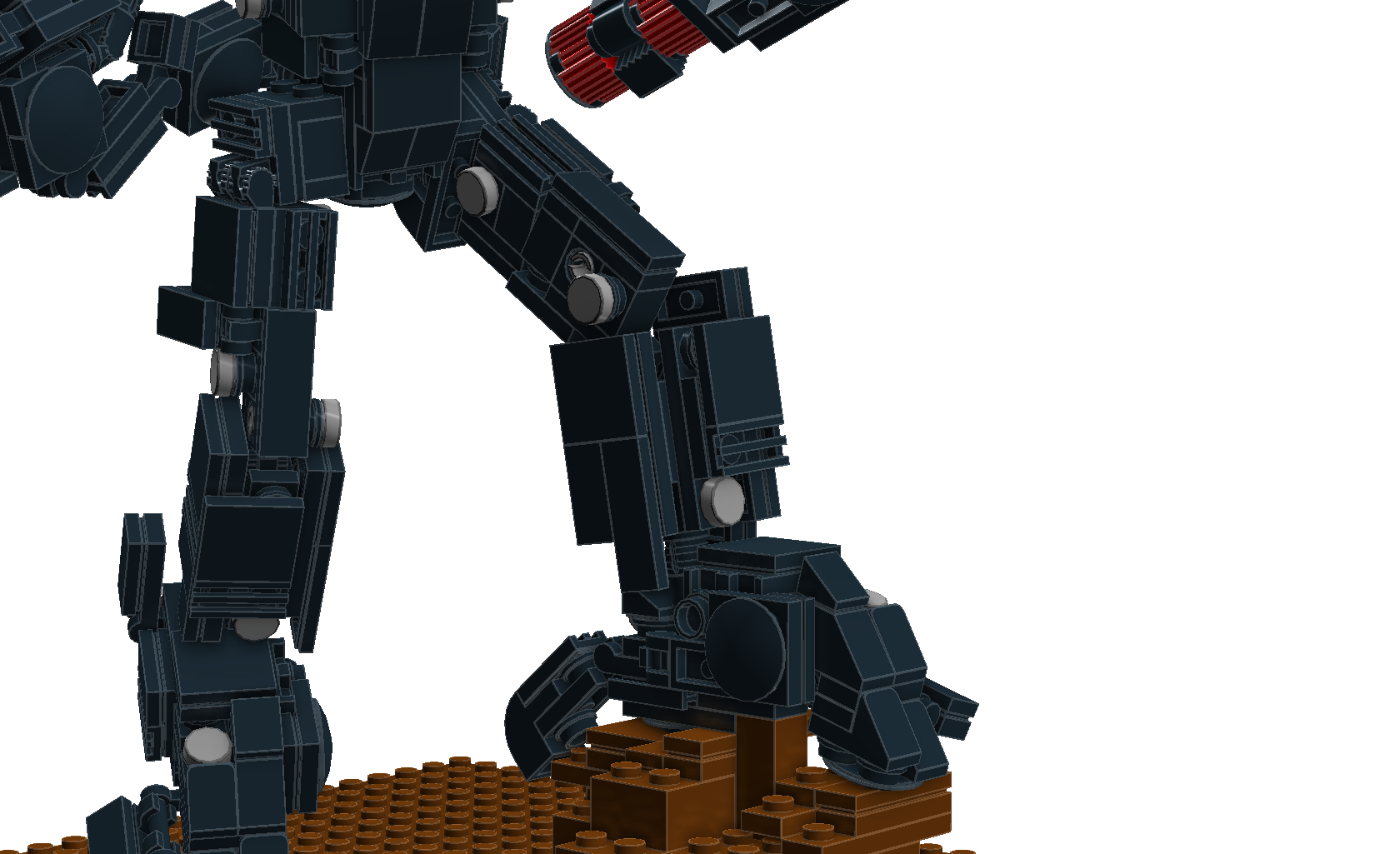 #Thanks!:
Thanks if you read all of this, as I'm french and as it's not my native language, I hope your understand all I have written and the ideas behind the words. Enjoy Lego :-)