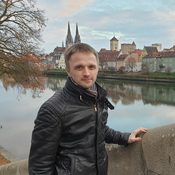 By Anatoly1
4 comments
My son plays football, and we love spending time together, as well as watching football matches and individual episodes of the best shots of famous players. We are madly in love with Lego and probably have already assembled the entire lineup of cars, a series of Marvel Avengers, as well as most of the Lego City sets. The inspiration of our development was the purchase of a “tree house” from the Lego Ideas series. In January of this year, we thought it would be great to see famous players such as Messi, Ronaldo and others in the Lego characters. As you know, the best players can only be seen at the World Cup or in the Champions League, so we decided to create a stadium and football players. We hope that the Lego company will subsequently create a separate area for football, where it will be possible to collect famous world stars, but for now we offer to prepare for the upcoming 2022 World Cup in Qatar. We are sure that many will want to buy something special that will symbolize this event. In 2018, we were at the game of Croatia and Denmark at the World Cup in Russia and periodically recall all the emotions and positive feelings that we had when looking at the plastic cups purchased during the game. So we are sure that many who want to buy or give as a souvenir the constructor of Lego, symbolizing the World Cup!
In our development, only Lego parts from previously produced sets were used. At the time of the decision to create the stadium, Lego had never released football-themed kits, which was the difficulty in developing the semicircular shape of the stands, as well as the roof of the stadium of the same shape. In place of the shields located around the stadium, there should be flags of all countries of the world taking part in the championship. Due to the “Acceptable Project Content” section, I had to remove it. To date, in the existing Lego sets, roof elements are considered only of a rectangular shape with a small span on rigid supports. We have made suggestions on the method of collecting the fastening of the floor structure with a displaced center of gravity ensuring the stability of this structure. Unfortunately, not everything was done, due to the lack of necessary details, and even one color scheme.
We look forward to further cooperation!