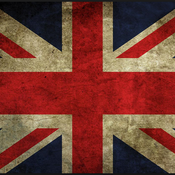 For this Idea, I propose that LEGO introduces a standalone shunter that can be bought as an addition to existing train sets and modified by their owners - a cross between Emerald Night (#10194) and Hobby Trains (#10183, from LEGO Factory).

The set would be a small but high quality train engine which could stand on its own as a display piece, but with extra parts in the box to allow modifications and the capacity to add LEGO Power Functions (not included, to keep costs down) so it can be used in train sets.  The package would be completed with a book showing alternative builds, suggestions for modifications, and other LEGO trains-related content (including fan-built MOCs).

My own proposal (pictured) is my first attempt at a train, partly based on the Fairbanks-Morse
H-10-44 which was produced in the US between 1944 and 1950.  The main images (black livery) were produced using LDD to POV-Ray conversion software; a couple of alternative liveries are shown in LDD screenshots.

Thanks for looking, thanks to those of you who decide to support this Idea, and please check out my other sets!

Note: train enthusiasts will see that the wheels on this engine are too small - regrettably, LDD does not have the correct part in the inventory.