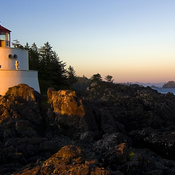 Hello! My name is Kiwook and I made this set! Because I like games!

The history of video games goes as far back as the early 1950s, when academics began designing simple games and simulations as part of their computer science research[citation needed]. Video gaming would not reach mainstream popularity until the 1970s and 1980s, when arcade video games, gaming consoles and home computer games were introduced to the general public. Since then, video gaming has become a popular form of entertainment and a part of modern culture in most parts of the world.

As of 2015, there are eight generations of video game consoles, with the latest generation including Nintendo's Wii U,Microsoft's Xbox One, and Sony's PlayStation 4. PC gaming has been holding a large market share in Asia and Europe for decades and continues to grow due to digital distribution. Since the release of smartphones, mobile gaming has been a driving factor for games to reach out to people not before interested in gaming, as well as people not able to afford dedicated hardware.

This is the history of games! I hope you like it!