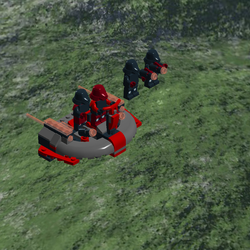 Update 1; No idea what it should be called...

778 Pieces, if you were wondering!

I added an Infinite Empire Cannon, two mini figures and some other things you can see for yourself!

I removed the good guys because they will have their own set!

Thank you, everybody, for supporting me.