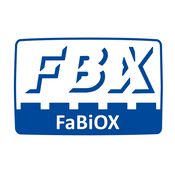 The Camel Trophy was the hardest off-road competition in the world and it began in 1980 with a transit of the Trans-Amazonian highway and over the next eight years, the expeditions crossed Sumatra, Papa Guinea, Brazil, Zaire, Borneo, Australia, Madagascar and Sulawesi before returning to the Amazon.

I loved the Camel Trophy and the vehicles used to across the jungle. In this idea I built two different Land Rover Defender that appear in the distinctive "sandglow" colour.

The vehicles were heavily modified by "Land Rover Special Vehicles" with a range of expedition, recovery and safety equipment, including: extra roll-bars, snorkels, winches, auxiliary fuel tanks and other solutions.