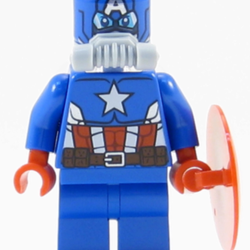 Speeder Bikes are an incredible piece of technology from the Star Wars universe. They are so simple, yet very fast.
The Sith/Imperial or First order Forces issue Speeder is an efficient tool for a Sith Lord, an Imperial or First Order officer.

I built this vehicle out of random parts from different sets so my son could have more Star Wars vehicles.
This is a versatile vehicle that can be used for different timelines. I chose this scale because it can be played with any mini-figure or figures from the
Star Wars sets. The pieces  are generic enough that can be used to build other items.

Here we see a Speeder Bike with enhanced engines & is armed with an adjustable Cannon Blaster.
The Shadow Trooper testing the first prototype of this highly maneuverable vehicle.
The engine flaps also can be used to steer the Speeder or as air brakes.

I appreciate you taking the time to look at my project.
Thank you!