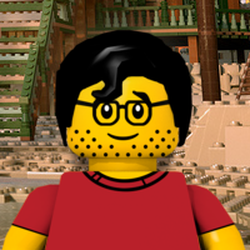 Deep in the northern reaches of the kingdom, the king has dispatched his younger brother to put down an uprising begun by a troublesome uncle who desires the throne.  For the young prince's seat he has refurbished an ancient tower in the woods, Norwood tower.  He has enlisted the help of his kingly brothers banner-men as well as the local forest people to defend it from his uncle, who has fallen in with fell men and wild beasts!

​If you like this build please visit my page for others!