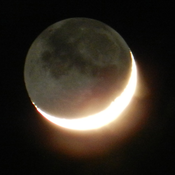 A permanent base is to be built on the moon as a staging post to Mars and beyond.  Construction equipment and materials have been launched from Earth on unmanned flights, to land within a 200 mile radius of the proposed base location.

The Moonbase Pioneer Construction Crew will locate and assemble the equipment, survey and sample the geography and geology of prospective sites, and then begin the first stage of construction.

A big task, which needs a big vehicle - big enough to supply and house the crew for weeks and months, big enough to traverse great distances, big enough to carry and launch its own crew shuttle - and strong and rugged enough to withstand asteroid and meteor strikes, earthquakes and rock falls.  And here it is - a triple exoskeleton for strength, four steering axles for manouevrability, twin opening front cockpit, side opening ramps, full opening roofs, and of course the heavy duty shuttle carrier and launch mechanism.

The shuttle can take five or six minifigures, has opening front and rear hatches and sits comfortably horizontally and vertically, as shown in the pictures. The twin rockets use the wheels from the 80s large technic car.

This model is a hybrid of classic space and modern technic. Blending the two together was more tricky than I expected, and it has been entirely broken and remade several times. It is an evolution of a more primitive vehicle I built when I was 9! As you can see, I have used a substantial quantity of lego, some of which is about  30 years old. Happily I have had access to my own and that of my two brothers!

I used the (now discontinued) 42009 Mobile Crane MkII for the steering axles, wheels and lifting mechanism, but the chassis has been reworked to the point where all that's left is the steering geometry, and a simplified and modified lifting arrangement that eliminates most of the complex and elaborate functions of the crane. I have also retained the differential on the centre axle, routed to the back instead of the front, so it would be possible to motorise this and the steering for remote control (or mindstorms sensors, thereby reproducing that other object of 9 year old desire, BigTrak, which my cousins had)  But my intention was to blend basic technic functionality with playability, and to keep it reasonably affordable for such a large model.

There is much scope to add domestic or other details to the interior, or ray guns and lasers and such to the outside. I also wanted to include glazed plant growing areas (for food and oxygen), solar panels and interior lights. But no design is ever unimprovable, or even really finished...