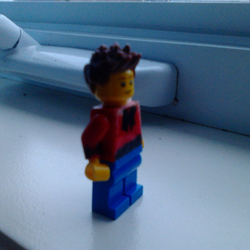 Dino run is a game where you jump over stegosaurs fly with pterodactyls and run from doom. The game is created by a company called Pixlejam. The characters are more pixled than mine craft.

In my Lego rendition I included the player (a velociraptor) a pterodactyl a stegosaurus 2 power flowers 2 eggs a microceretops a catapult to shoot meteorites and a tree.

The player is aposaple and the eggs are simple.

I tried to symbolize pixled by using blocks but sometimes curves just had to be there.