Last will of the captain 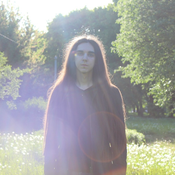 The main idea of this set is the last will - last letter of the captain, whose ship crashed on the rocks. Many years later, mermaid found a letter and took it with her to the bottom of the ocean to try to fulfill captain's last will.

This set inspired by classic "Lego pirates" theme from 90s and mythology and tales about mermaids, which I really like.

For the realization of this idea, I used the classic elements of pirate theme: saber, pirate flag, paddle, chest, skeleton. Interesting elements is the mermaid minifigure (mernaid queen from Lego movie minifigures), the seagull, and of course, pirate treasure. By the way, another lego envelope would fit better, but I don't have it, so imagine, that the captain had a postage stamp with him  :)

I hope someone will enjoy this idea, thank you for watching!