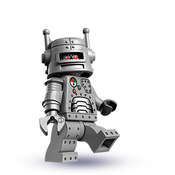 By Master_Modifier
1 comment
as seen in season 3 in the clone wars series in episodes "Padwan Lost" and "Wookie Hunt"
The MSP80 Pteroptor hover pod was an airspeeder model used by Trandoshan hunters on the moon of Wasskah to hunt their prey as sport during the Clone Wars.
The MSP80 had a rotary repeating blaster cannon and three landing legs that folded up during take-off. The speeder was open in the back, with no safeguards.