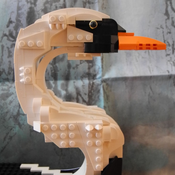 your minifigures need a home?

Let me first say - I'm well aware the LEGO has already published it's own case and that there are quite a number of decent cases already on Cuusoo - but being a perfectionist, I have been still not quite content yet. Therefore I've developed my own version of a minifigure display case and refined the prototype to a degree at which I'm quite confident with it. For "structural integrity" and spaciousness the "Hall of Fame" is build to accomodate ten minifigures in each row. 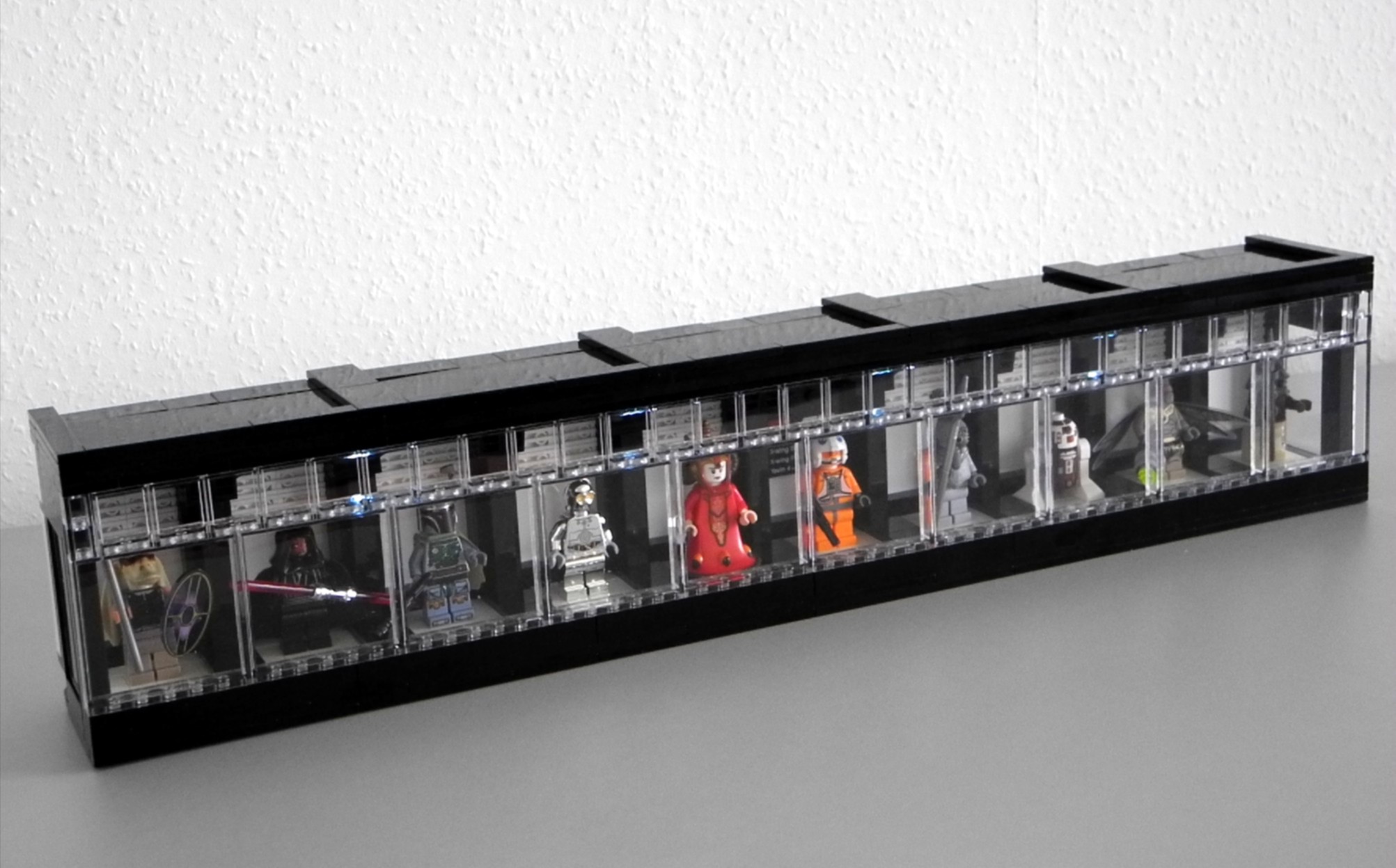 Since I'm a collector myself - let me show you my expectations towards such a case:

- Use common parts available at the LEGO shop ("Pick a Brick"): when possible, I prefer not to use too exotic parts.
- Be easy to clean: since this planet is at least as dusty as Tatooine, there's only one solution: a closed case. And as much as I like the typical LEGO knobs - when it comes to cleaning they are quite a nuisance. Therefore all the surfaces are covered with flat tiles.
- Be spacious enough to accommodate the minifigures AND their equipment: as you can see even Darth Maul's double Lightsaber and a winged Geonosian fit in (although you can't place two winged Geonosians next to each other at the moment).
- Be easily accessible: the case can be opened at the back to exchange minifigures.
- Be stackable: the current prototype is the top part, underneath which you can stack further rows.
- Be Customisable: the decorative parts and the colours can be varied according to the theme or your needs and liking. The rear wall could also be transparent - if you want to look at the back side of your minifigures. The current version uses a two-colour design (I think it fits the "dark vs. bright side" theme of Star Wars very well. At the rear wall the printed panels of the LEGO Star Wars "planet series" can be displayed.
- Look good: above all, the design should be appealing. Well - that's for you to decide. I've also integrated LEGO Power Functions LEDs (4 per row) - so you can still have a look at your minifigure when it's dark.
- Provide as many functions as possible - this display is currently the only one (as far as I know) which uses LEGO Power Functions for lighting. 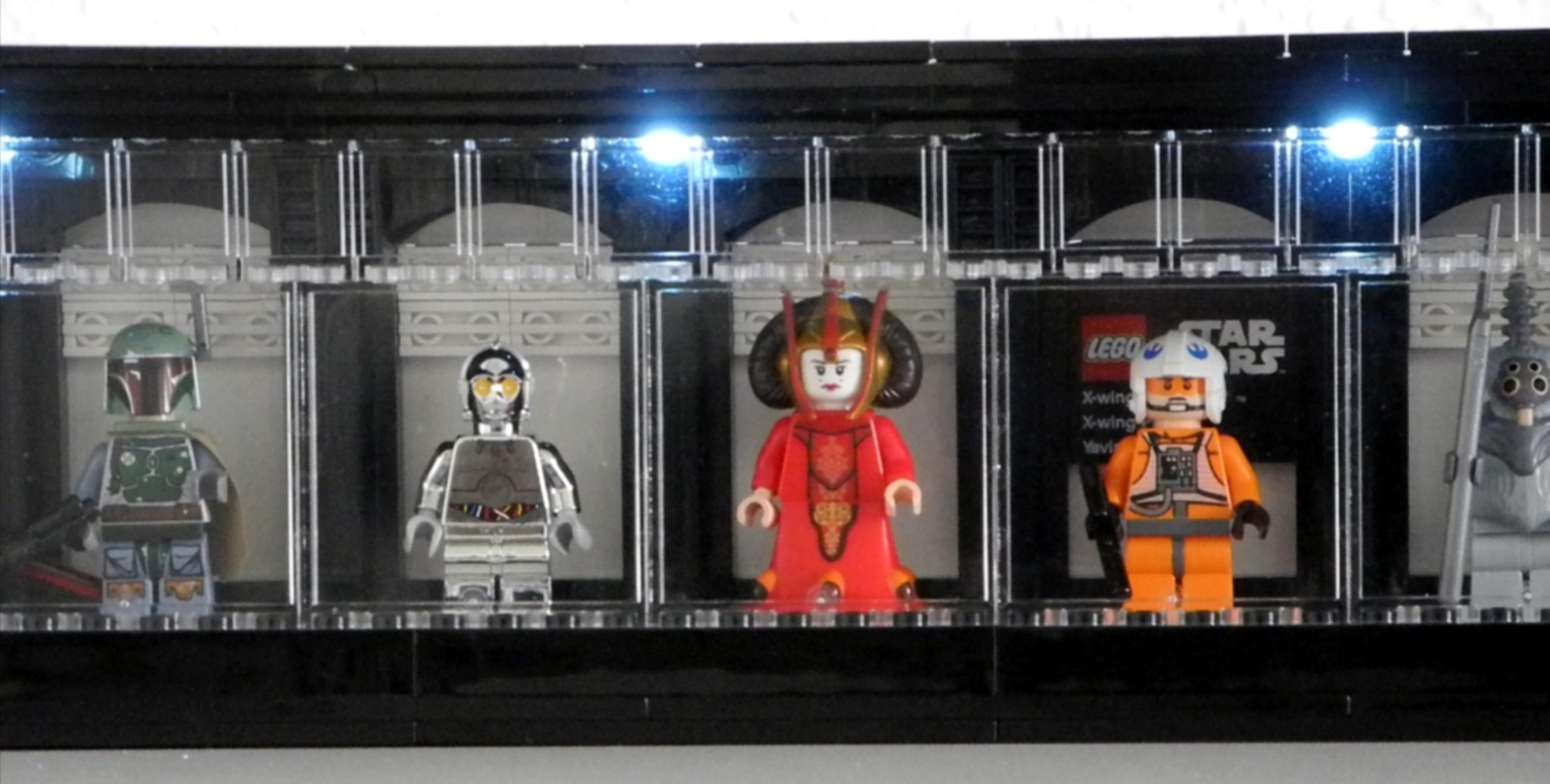 So - if you are pleased with the display - please support it and/or recommend it to your friends! As a bonus I'll also add a teaser: I've already customised the "Hall of Fame Collector's Minifigure Display Case" to fit several LEGO themes (i.e. Star Wars, Lord of the Rings/Hobbit, Prince of Persia/Pharoh Quest, Super Heroes; sometimes I've designed several versions for one theme). So - if you are interested, I'll add them step by step. At the following steps I'll add the following versions: 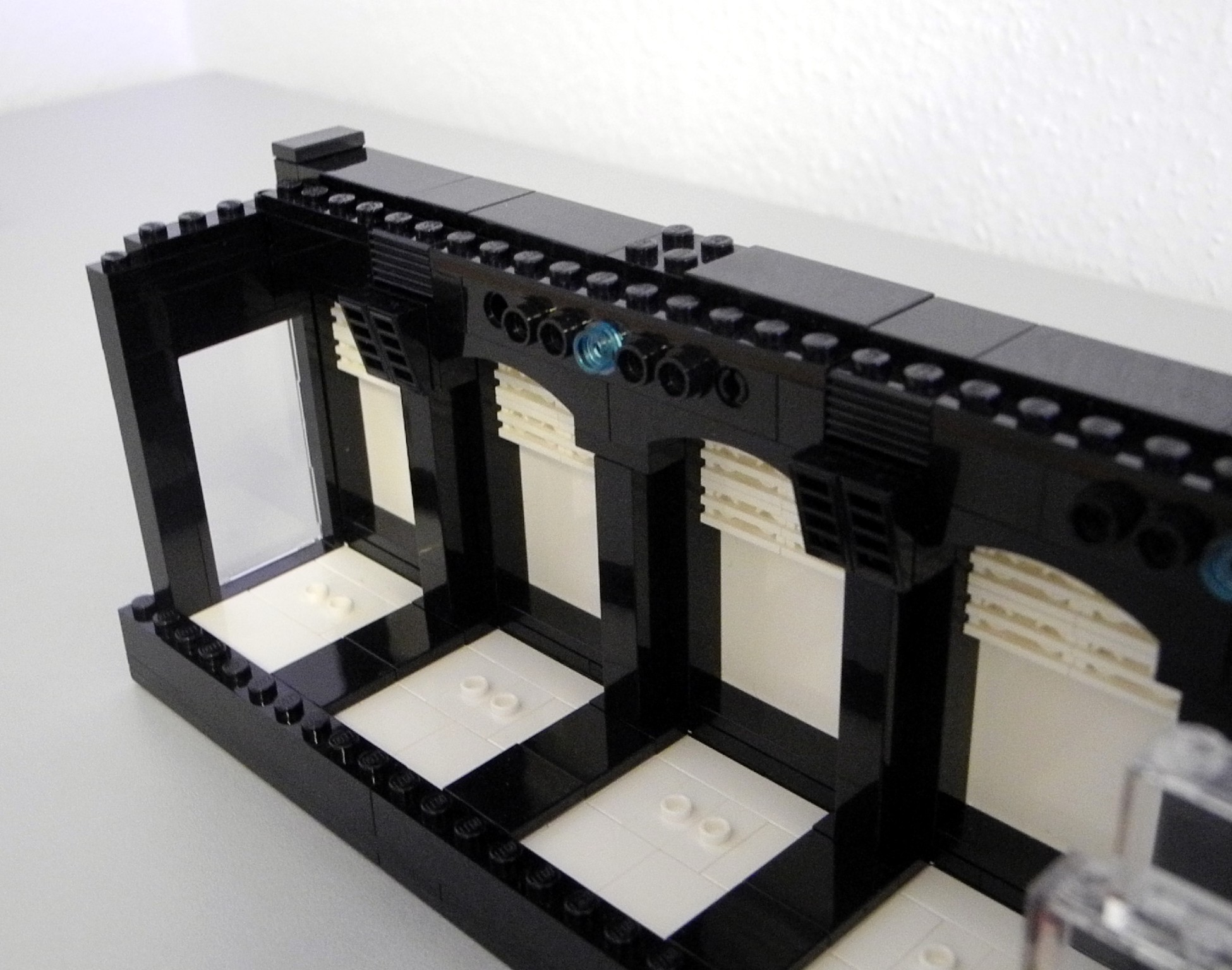 Please also have look at my other project:
https://ideas.lego.com/projects/51593 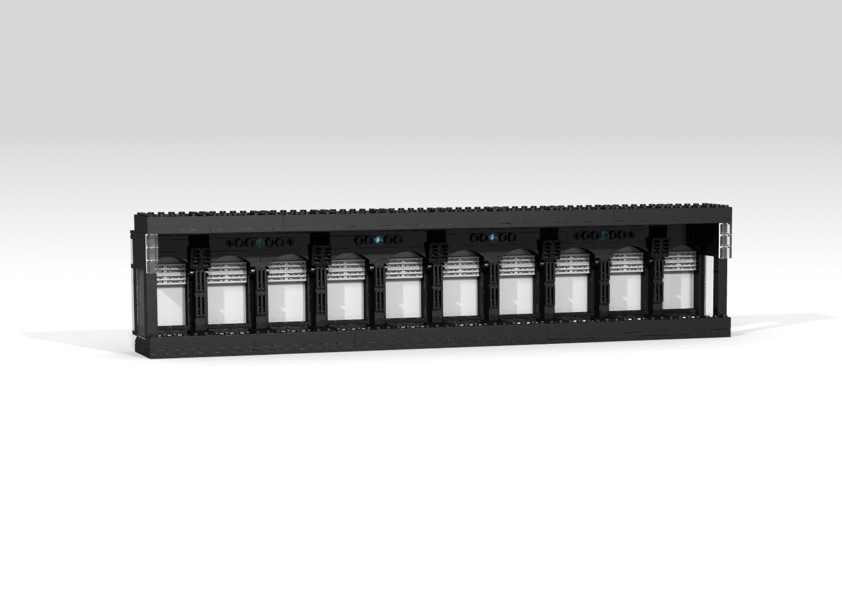