Inspired by the Anime series "Genesis Climber Mospeada" (Also know as "Robotech"), this is my first idea for Lego Cuusoo!

One of primary Mecha featured in the show is the three-form transformable fighter called "Armo-Fighter AFC-01 Legioss", which is somewhat similar in design to the VF-1 Valkyrie Variable Fighter from "The Super Dimension Fortress Macross".

Most of MOSPEADA's animation (with edited content and revised dialogue) was adapted for the Anime "Robotech: The New Generation" the third saga of the Robotech series.
The "AFC-01 Legioss" so became the "VF/A-6 Alpha Veritech" in "Robotech"

As in the original Anime, this model is convertible into 3 different configurations: Fighter, Gerwalk and Battroid. 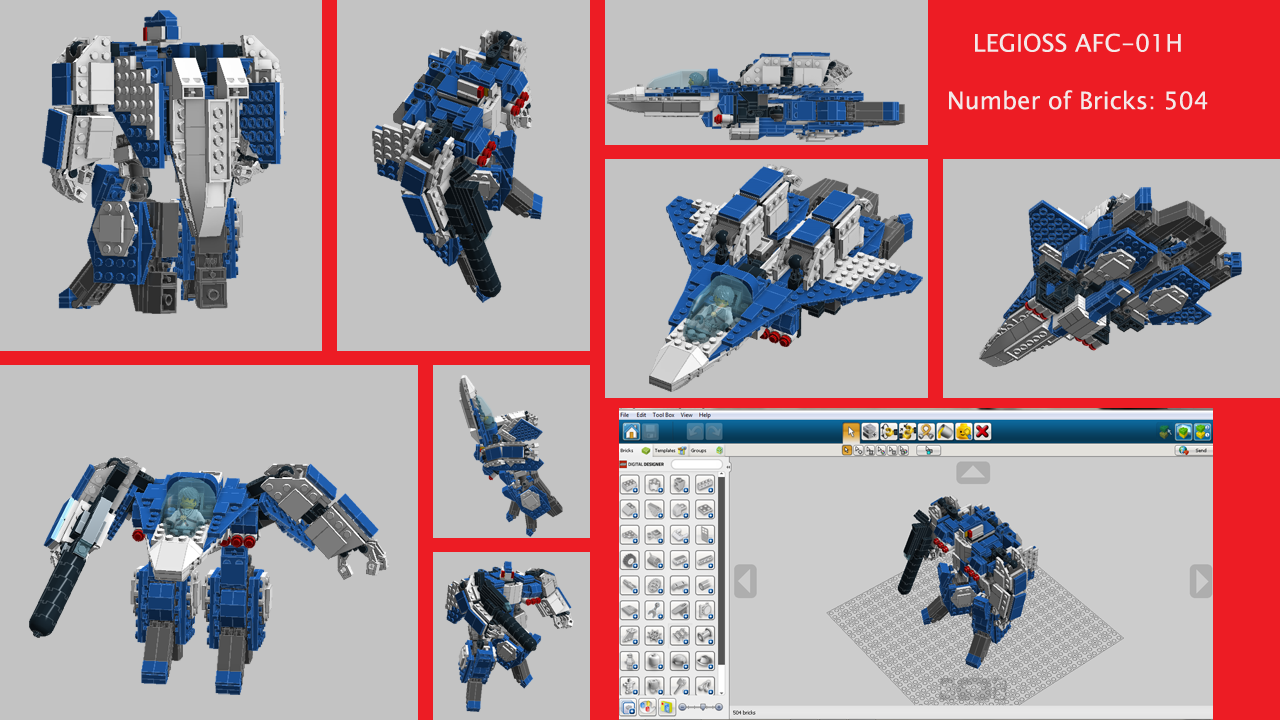 Designing the transformation, however simple, took a long time and needed a lot of attention.
Anyway, i made this model simplifying some parts to ensure solidity and sturdiness. 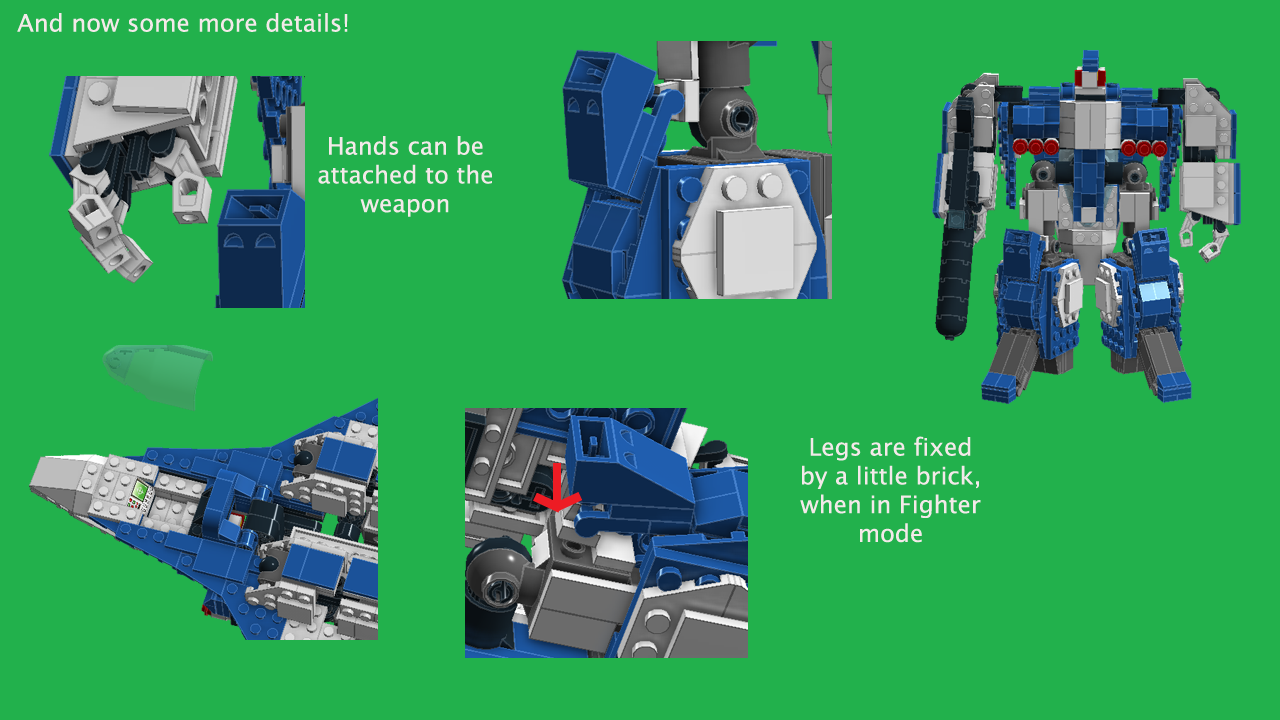 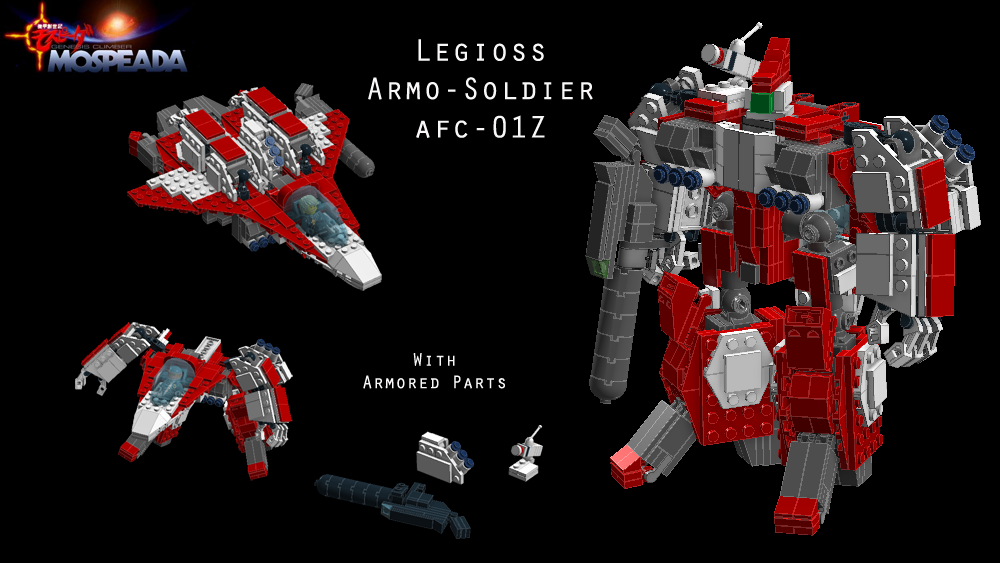 This is a red version: Legioss AFC-01Z.
This model included some armored parts that can be use in all Legioss models. 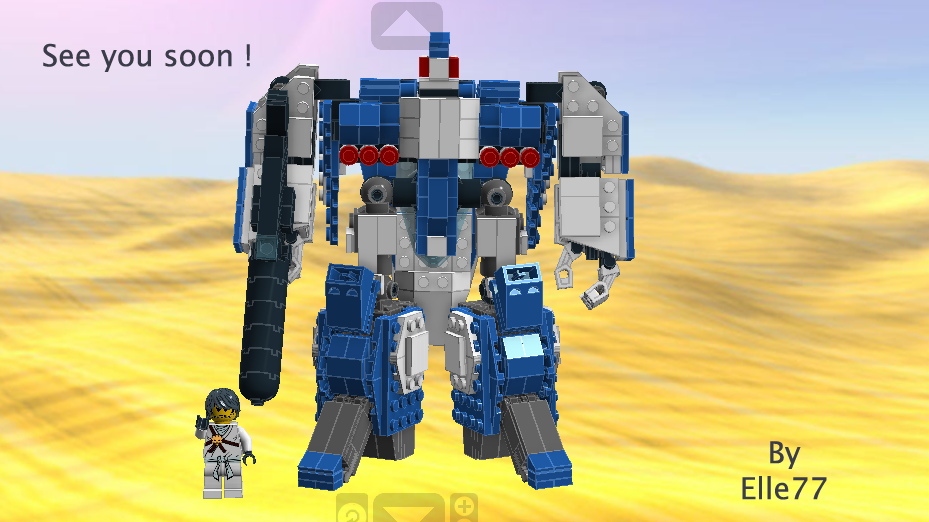