As with my other rocket projects I intend to make free instuctions for this project. Before I can do that I need to complete a test build to ensure the build is stable. I am still waiting on some critical component to complete the build but have been able to complete the build the top of the rocket using some grey cylinders instead of white. Test building shows where there are weaknesses and, in this case, where a joint is too strong. The second stage connection was so strong it would not cleanly separate. Originally designed with a 4x4 round plate at the bottom of the second stage the build was rearranged so that a 4x4 round brick made the connection - still strong enough to allow the rocket to be held at any angle but also separate repeatedly as it should.

A couple of photos of the test build so far - including the Tesla payload of the first Flacon Heavy flight. 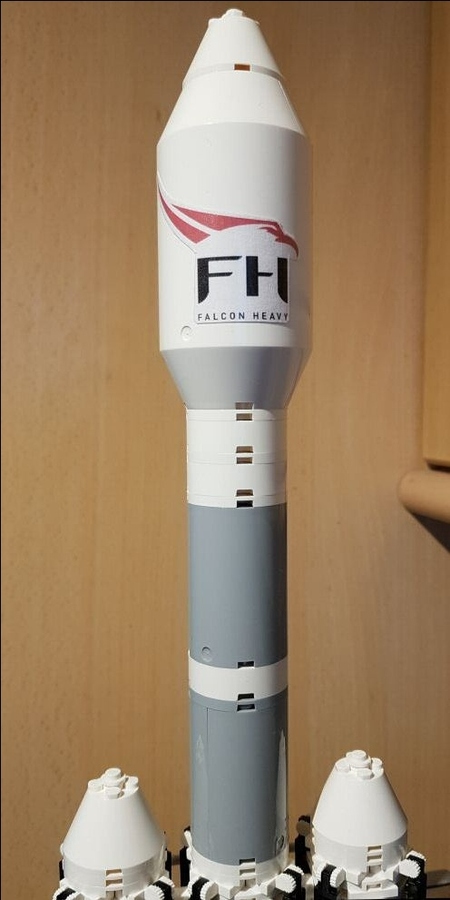 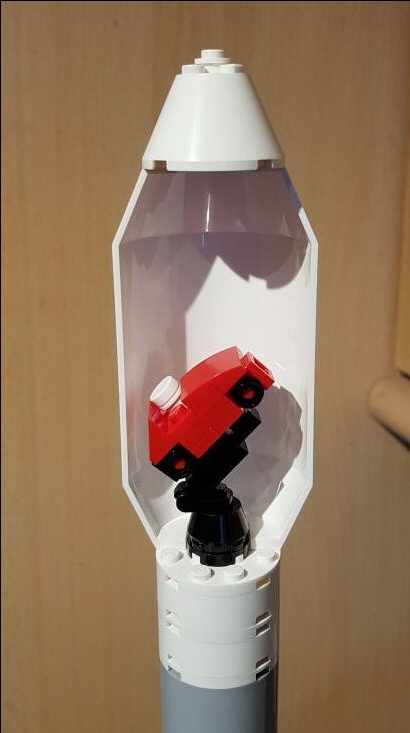