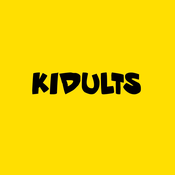 I just love the new flagship LEGO store in London's Leicester Square! One of the most popular attractions there is the giant London Underground Tube Train where visitors get to take photos with well-known figures such as William Shakespeare & the Royal 'Beefeater' Guard.

This is my scale version of that iconic display which features detachable roof (for access) and includes 7 exclusive minifigures of the featured characters along with accompanying accessories:

You may have noticed that some of the minifigures have previously been released & retired, however this would be the first time that they would be bought back together exclusively in this set. Another set exclusive would be Queen Elizabeth II who has never been produced.

As one of LEGO's newest & most iconic store displays, I believe this mini diorama would make a great set for LEGO fans, collectors & visitors of all ages and with the addition of Retired, Hard-To-Find & Exclusive minifigures, would make this set very sought after!

I hope you like this set and if you want to see this in stores - please SUPPORT this project! ^.^