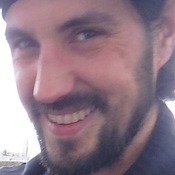 In a not so far future, it will be too crowded in the streets to travel effectively and quickly. The alternative to transport over land is the way across the airspace. With a vertical starter can be maneuvered quickly and easily, even in rough terrain or in cities.
To load or unload prisoners, the middle section of the vehicle can be lowered. The middle part is held by 3 stones and can thus be easily detached or attached to the upper part. He is moved up or down on a guide rail. In the two side chambers have 2 security guards with lightsabers place. Up to 3 people can be transported on the platform. The platform is connected to the ground by a ramp. The prisoners are held with light barriers and remain standing during transport. The light barriers can be moved individually.
The vehicle is controlled by a pilot in the upper part. In addition to the pilot and his control panel are still two generators in the upper part of the vehicle.

The idea for this model came to me in March of this year. Then followed the first small designs, then planning with LDD and stud.io. After the model had digitally adopted forms, the parts were ordered and assembled. It was then discovered a few planning errors and it went back to the planning to improve the playability. After a few more attempts, planning rounds, rebuilding and improving, finally posted this model.

It can be used as a sole toy or as an extension to existing Lego theme sets.

If you like my transporter, I ask for your support.