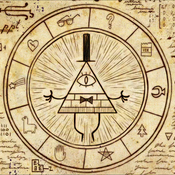 Check out the 'Stribog' - alien hover vehicle, which combines functions of hover tank, mobile mortar and antiaircraft gun and uses antigravity technology to function in any enviroment.It features:

'Stribog' was built as a toy in the first place. Thats why it has strong but simple skeleton based on technic bricks and sticks and it features many functions.

Hope you like it and wish to see it in production as much as i do :D

P.S.: This model is 1 of 10 models that have been prepared for Lego Cuuso and just a little part of much greater idea (project). All those plans had to be postponed due to tansformations resulted by Lego Cuuso evolving into Lego Ideas. You can see 9 of those models on my flickr: https://www.flickr.com/photos/130328798@N02/  . If you like them just write in comments which one would you like to see as Lego Ideas project most and i'll submit it too.  :)