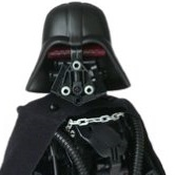 This is another creative idea that I came up with since I was bored, the reason why I made this is because I was recently playing an old school game which was lego racers in which you can drive around a stadium to train after you build a driver. I thought to myself why not build a racing stadium for once? So I went to the studio app on my computer, it took me a couple hours and I finally got it done. What does it feature anyway? It features four race cars, seats to sit the mini figures in and finally a announcer to announce about the race through the megaphone speakers. You can do anything you want with this set, I hope to create more like this in the future. Thanks for viewing and brick on!