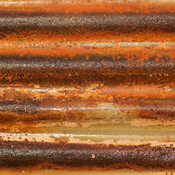 If you’ve spent any time in the Australian outback, or remote and rugged terrain elsewhere in the world, the Toyota Landcruiser four-wheel-drive would be a familiar sight. And while these days you see plenty of Landcruisers in the city too, it is the early model 40 Series that has become an icon.

In Australia, it set the standard for toughness and reliability in the four-wheel-drive market, building Toyota’s reputation and becoming a favourite in the mining, agriculture, construction and engineering sectors. In many other countries in the world, it was equally popular as a reliable vehicle for tough environments.

My first car was a diesel 40 Series Landcruiser, and apart from the sentimental value, I knew the distinctive body shape and interesting features would make a great model. Having already built the Lego Mini Cooper and the Kombi, the 40 Series Landcruiser rounds out the trio nicely for those who like to get off-road.

This model reproduces unique features of the BJ42 – the pinnacle of the 40 Series – such as the triple windscreen wipers of course with perhaps the only thing missing is the zebra-striped pattern on the seats.  I also included lots of detail with foot well vents on both driver and passenger sides, the chassis and running gear along with the leaf springs.

Comprising approximately 1700 bricks, this model is a classic four-wheel-drive.

Thanks to Amelia, Lachlan, Oliver and Glenn for helping to build the model and Ray for the photographs