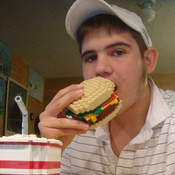 By Tolga
1 comment
In 2011, the Florida East Coast Railway revealed their newest paint scheme - a throwback to the 1950s' classic "Champion" livery! Locomotive 714, which would be rebuilt then, would be the first to wear the new paint job, and soon be followed by four sister locomotives, 713, 703, 716, and 720 to today where even more are planning on being repainted.

The motive behind Florida East Coast Railway's "Heritage" paint job includes many things; appreciation of history, efficiency in maintaining older locomotives to extend their useful lives, and a symbol of a strong presence in global trade that the railroad has and is looking forward to keep up in the future. It transforms the image associated with the old-time passenger train "the Champion" into a modern symbol for the RR. 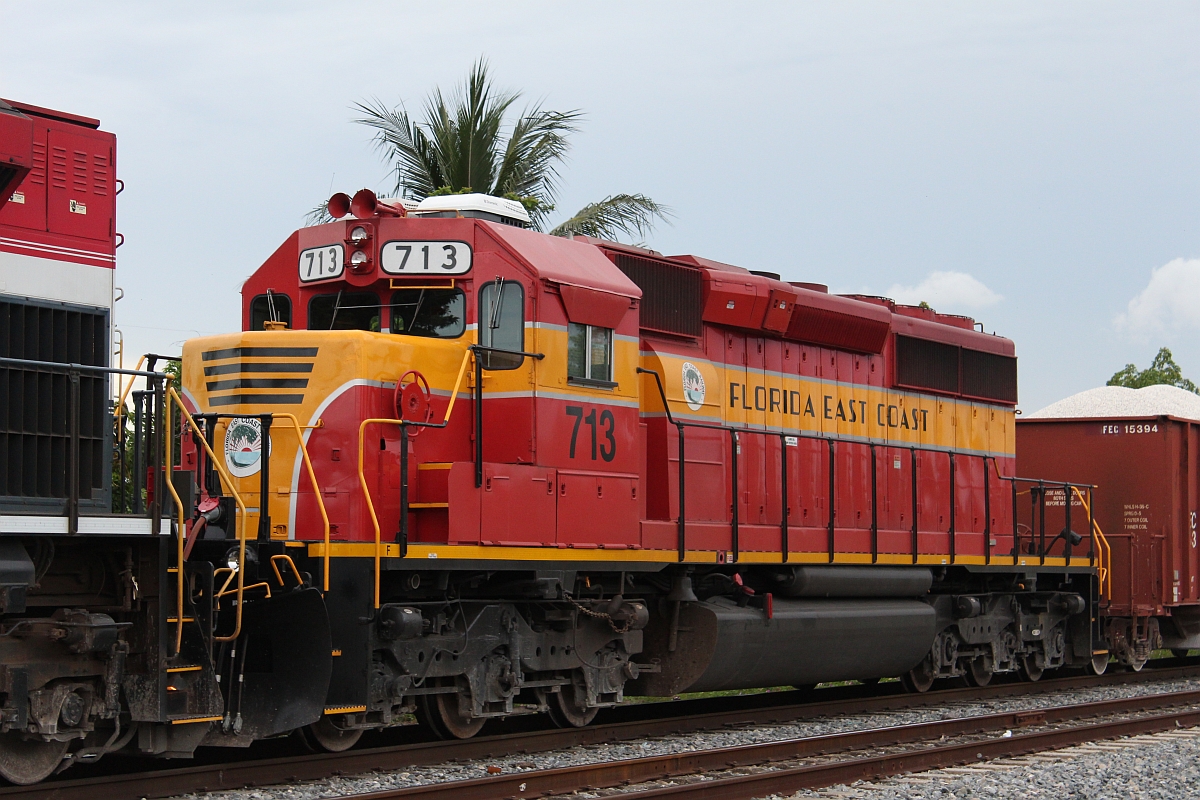 The Florida East Coast Railway, dubbed the "Speedway to Sunshine", consists of a 351 mile mainline, and as such has been seen as a Class I in a Class II railroad. It is also responsible for indirect and direct links to Florida's major cargo ports, which give it an edge on trade and logistics. Soon it will undergo expansions to introduce direct service to the Port of Miami and Port of Everglades, bolstering the image of the railroad and promoting economic benefits.

The beauty of the Heritage unit and its significance within the railroad have thence motivated me to build their SD40-2 model with LEGO bricks in 2012, with borrowed techniques from the 10219 set mixed in with plenty of personal and custom touches. The model has been seen in train and model shows as a display piece on GFLUG layout, and has attracted the attention of many railroad enthusiasts who visit the displays.

I want this model to be expanded and marketed into the community at large. Ideally Power Functions can be worked into it, while as it is I want it to start as a static display piece, just due to its beauty. Long story short, one could buy it without electronics and upgrade it at their discretion.
My idea calls for the following:
-Backwards compatibility with PF battery box and IR sensor, at whatever circumstance or odd placement
-The use of Bright Light Orange colored pieces (LEGO calls it I think Flame Yellowish Orange) to match the tone of yellow on the unit.
-Focus on the EMD SD40-2 which is a reliable workhorse for the railroad
-Important: Decals, decals, decals!!
-Options to model the units FEC originally painted with this "Champion" livery, or also the EMD SD70M-2s that are slated to receive this paint job, but this isn't entirely necessary.


The benefits with such a model are plenty. As a LEGO product, the educational aspect includes:
-The history of the Florida East Coast Railway and the famed "Eighth Wonder of the World", the Key West Extension
-The efforts to expand freight and passenger service and the great benefits to society this can provide (Port links, All Aboard Florida, etc.)
-Teaching about enterprise, global logistics, and business
But nonetheless, this will be a great, fun part to the layout and a beauty on rails that deserves to be rendered with LEGO bricks!

So please consider supporting this model and making it one of the next additions to the CUUSOO line!