By lizardman
5 comments
"A evil force lurks in the ruins of a long forgotten castle. The dead are able to walk again due to the power of a mysterious and ancient artifact. Resting atop the tower of the ruins, the strange crystal continues to summon more and more of the dead and is raising legions of skeletal warriors. A fearless knight has taken it upon himself to destroy the crystal before the ranks of the skeletons surpass that of the living and take over the land. Will he be able to fight his way through the skeletal army and destroy the artifact?"

The model includes:
-A knight and five skeletons
-Detailed castle walls and towers
-A ladder inside the main tower for minifigures to climb up
-Details such as a worn path and a hidden treasure chest 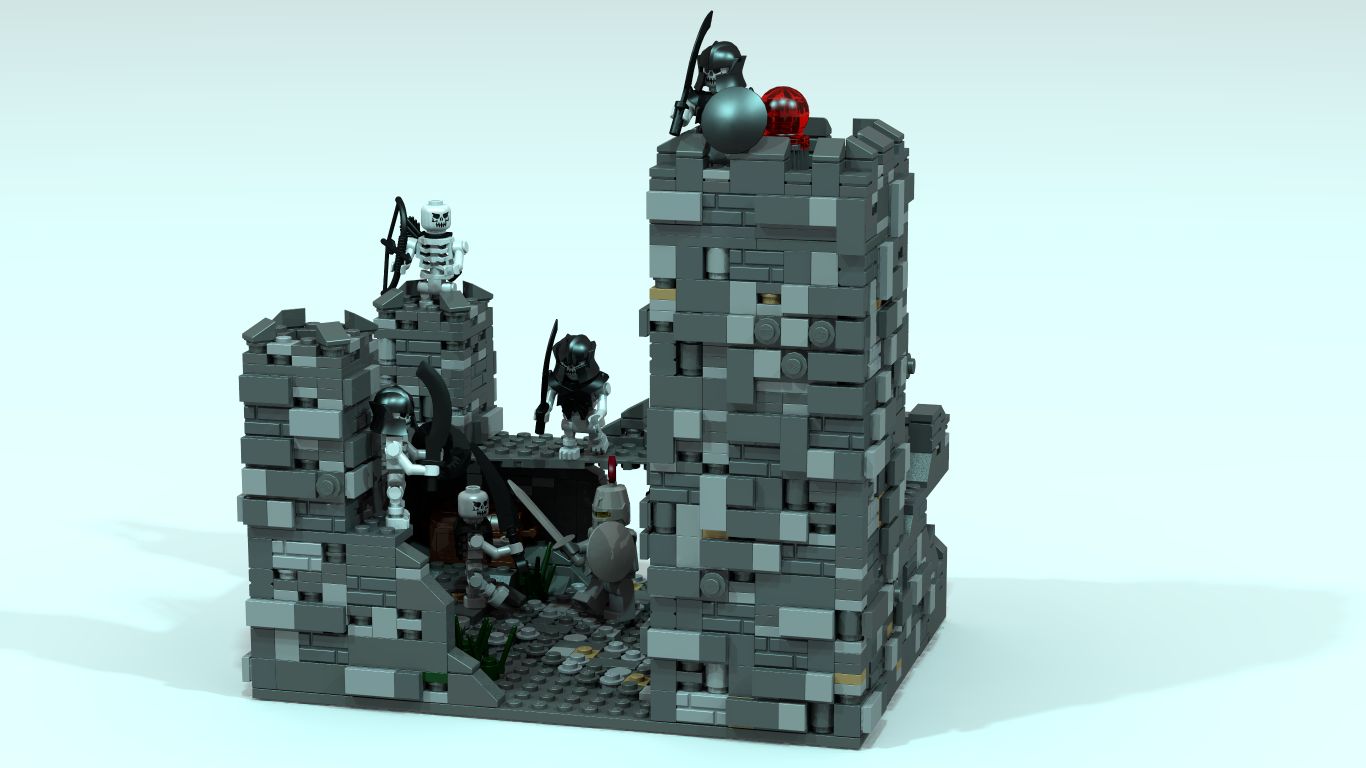 "The knight is fighting his way through the ruins trying to make it to the top of the tower where the dark crystal is kept."

"He duels with one of the elite skeleton warriors atop of the tower before he can destroy the artifact. Will he succeed?" 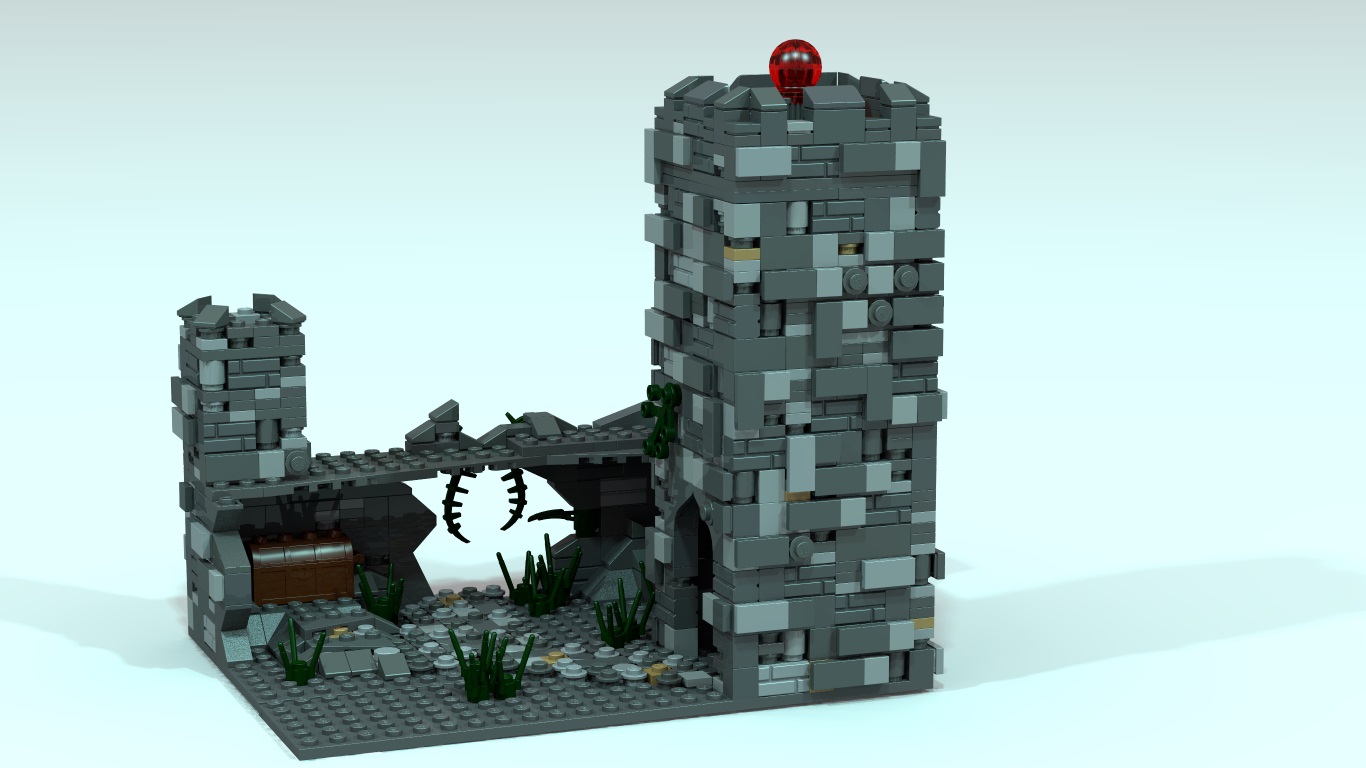 Here is a picture of the ruins with one of the towers removed to get a better look at the interior. There is a beat up path that leads to the tower entrance and also splits to a treasure chest hidden in the corner of the ruins. 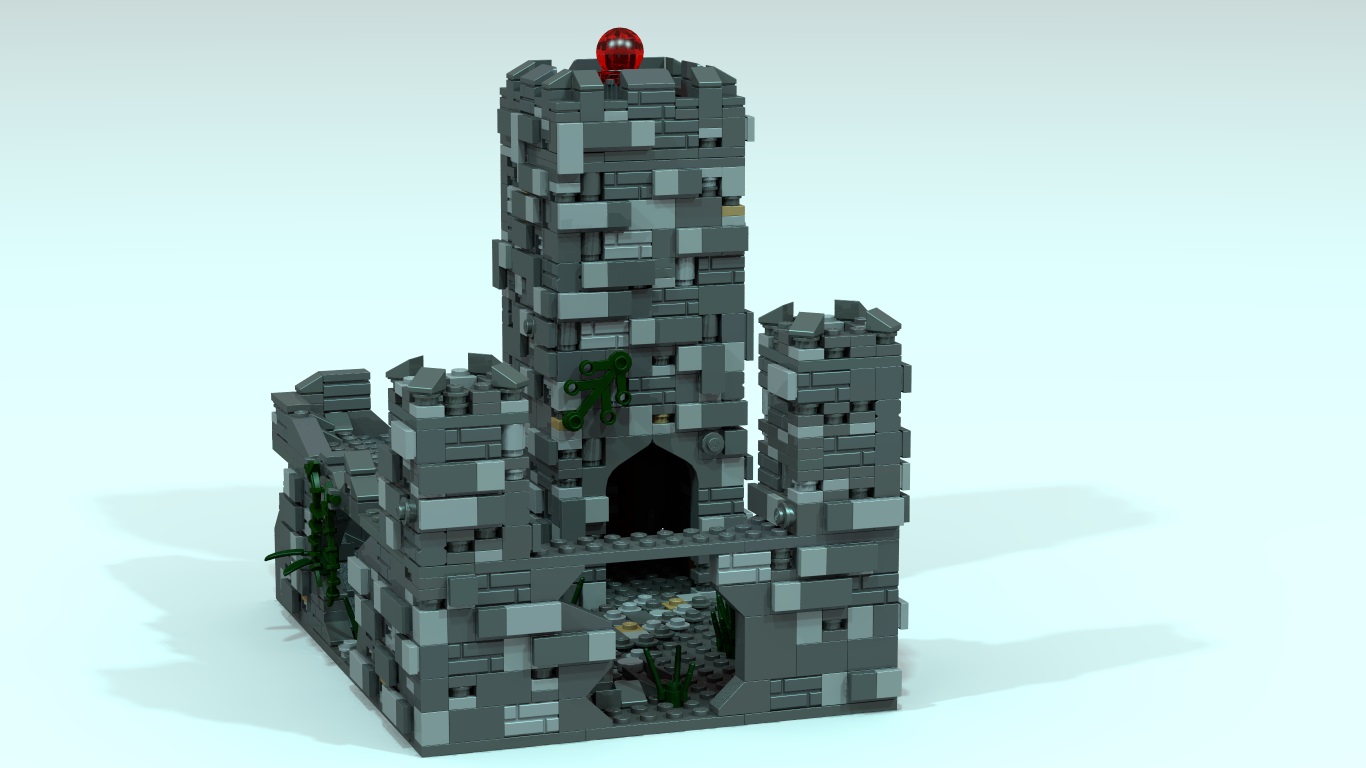 Here is a picture of the ruined castle by itself.

Thanks for viewing the project and I hope that you support to help make it a reality! I appreciate comments and criticism.

If you enjoyed this, please also check out my other projects: