Arrow: Duel with the Dark Archer 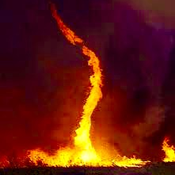 Arrow: Duel with the Dark Archer is a DC comics superhero set loosely based on the CW's Arrow. The story is that the Dark Archer is trying to smuggle some dangerous chemicals into Starling City. But Green Arrow has discovered his plot and rushes to stop him. Alongside to help him are Black Canary, John Diggle, and Felicity Smoak.

I figured since I'd done a Flash set, I should probably make one for Arrow as well. Although this is not an actual scene taken from the show, it does have the most popular characters: Green Arrow, Black Canary, John Diggle, Felicity Smoak, and The Dark Archer.